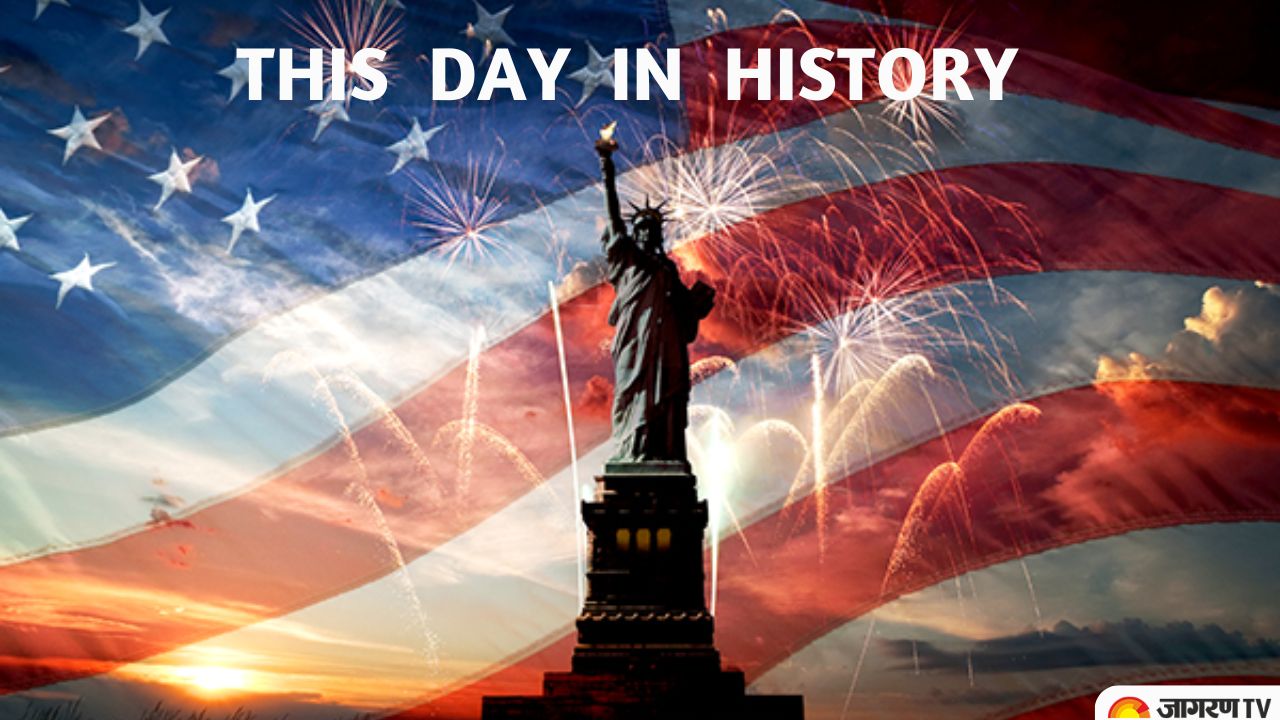 This Day in History: According to the Gregorian calendar, July 4 is the 185rd day of the year and the 186th day of a leap year.

On this day let’s see some important events and anniversaries. We have compiled a list of some monumental events that happened all around the world on 4 July as well as the birthdays of famous people.

Born on this day in 1959, Neena Gupta is an Indian actress and television producer who specialises in Hindi-language media. She is well-known for her performances in both indie and mainstream movies, and for her portrayal of a young widow in Woh Chokri, she was honoured with the National Film Award for Best Supporting Actress (1994). She experienced a career revival in 2018 after playing a middle-aged pregnant woman in the comedy-drama Badhaai Ho, for which she was nominated for and won the Filmfare Award for Best Actress (Critics).

From an exemplary theatre artist to a popular veteran Indian actor, Neena Gupta has always impressed everyone with her gripping acting skills. She has also been rewarded with various National Film Awards for her performances. NSD wishes good health and happy life on her birthday. pic.twitter.com/mHMm12qOPs

On this day in 1902, Swami Vivekananda passed away. He was an Indian Hindu monk, a chief disciple of the 19th-century Indian mystic Ramakrishna. He was a pivotal figure in the introduction of the Indian darsanas (teachings, practises) of Vedanta and Yoga to the Western world and was influenced by Western esotericism. He is also credited with increasing interfaith awareness and elevating Hinduism to the status of a significant world religion in the late 19th century. He played a significant role in colonial India's nationalism and the contemporary Hindu reform movements there. The Ramakrishna Math and the Ramakrishna Mission were created by Vivekananda.

Tributes to Swami Vivekananda on his death anniversary.
“The fire that warms us can also consume us; it is not the fault of the fire.”
#SwamiVivekananda pic.twitter.com/cUqm86M0vW

The Fourth of July, often known as Independence Day, is a federal holiday in the United States that honours the Second Continental Congress's ratification of the Declaration of Independence on July 4, 1776.

The Thirteen Colonies were declared to be one, free, and independent states by the Founding Fathers present at the Second Continental Congress, who also declared that they were no longer subject (and submissive) to King George III of Great Britain. The Lee Resolution was approved by the Congress on July 2 and the Declaration of Independence was adopted two days later, on July 4.

On this day in 1865, The famous English novel Alice in Wonderland was published. The plot, structure, characters, and imagery of this well-known piece of Victorian fiction have had a significant impact on popular culture and literature, particularly in the fantasy genre. The book has been translated into 174 languages and has never gone out of print. Its legacy includes film, radio, art, ballet, opera, musicals, theme parks, board games, and video games, in addition to adaptations for the screen. Through the Looking-Glass is a sequel that Carroll wrote in 1871. The Nursery "Alice," a condensed version for small children, was released in 1890.

North Korea tested its first successful intercontinental ballistic missile into the Sea of Japan on this day in 2017. It was launched from the Panghyon Aircraft Factory.

France Presented The Statue of Liberty to USA