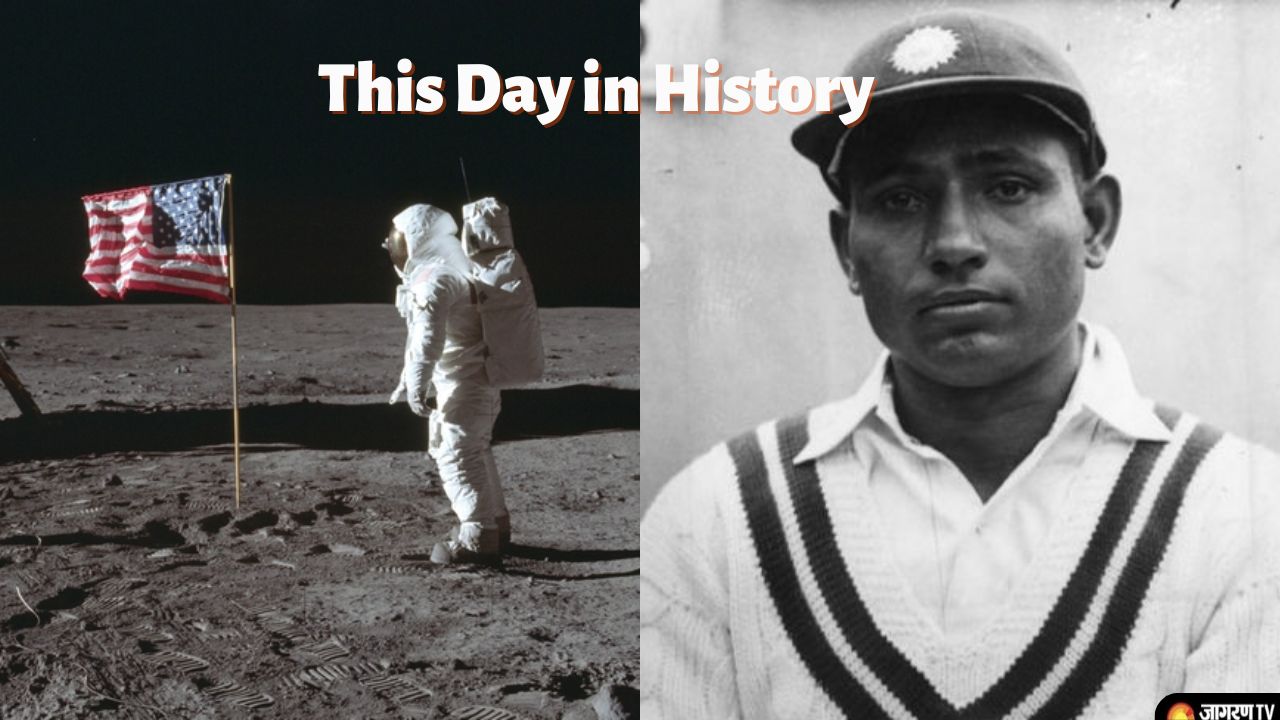 This Day in History: According to the Gregorian calendar, 5 August is the 217th day of the year and the 218th day of a leap year.

On this day let’s see some important events and anniversaries. We have compiled a list of some monumental events that happened all around the world on 5 August as well as the birthdays of famous people.

Born on this day in 1974, Kajol is an Indian film actress, who predominantly works in Hindi cinema. She became a leading actress in the 1990s due to her collaborations with Shah Rukh Khan in the highest-grossing love stories Dilwale Dulhania Le Jayenge (1995) and Kuch Kuch Hota Hai (1998).

On this day in 2000, Lala Amarnath Bharadwaj passed away. He was an Indian cricketer and the first batsman ever to score a century for India in Test cricket. He led independent India in their first Test series victory over Pakistan in 1952. He was also independent India's first cricket captain. The Indian government also gave him the Padma Bhushan honour. His sons Surinder and Mohinder Amarnath also became Test players for India. His grandson Digvijay is also a current first class player.

Remembering #LalaAmarnath on his Death Anniversary. He was the first batsman ever to score a century for India in #TestCricket. He was also awarded the Padma Bhushan by the Government of India.Lala Amarnath was the only one to dismiss Donald Bradman hit wicket. #IndvsEng #Cricket pic.twitter.com/V6BE2KzQAS

Born on this ay in 1930, American astronaut and aeronautical engineer Neil Alden Armstrong was the first person to set foot on the moon. In addition, he was a test pilot, university professor, and navy aviator. After he resigned from NASA in 1971, Armstrong taught in the Department of Aerospace Engineering at the University of Cincinnati until 1979.

On this day in 1991, Justice Leila Seth became the first Indian woman Chief Justice of a state High Court. She was also the first woman to receive a senior counsel designation from the Indian Supreme Court. She served on a number of inquiry committees, including one into the killing of "Biscuit Baron" Rajan Pillai. She was also a member of the three-person Justice Verma Committee, which was constituted in the wake of the infamous 2012 Delhi gang-rape case to revamp India's rape laws.

Article 370 Revoked from the Indian Constitution

On this day in 2019, Indian government announced it is changing the status of Indian-controlled Kashmir from a state to a union territory, revoking Article 370 in response to security concerns.

Article 370 Abrogation: An Appraisal - OpEdhttps://t.co/jZ5E8Z4c8B
August 5 marks the third anniversary of the center’s decision to abrogate Articles 370 and 35 of the Indian constitution, and though it’s still too early to comprehensively comment on the pros and cons of thi... pic.twitter.com/9s0CXiv508