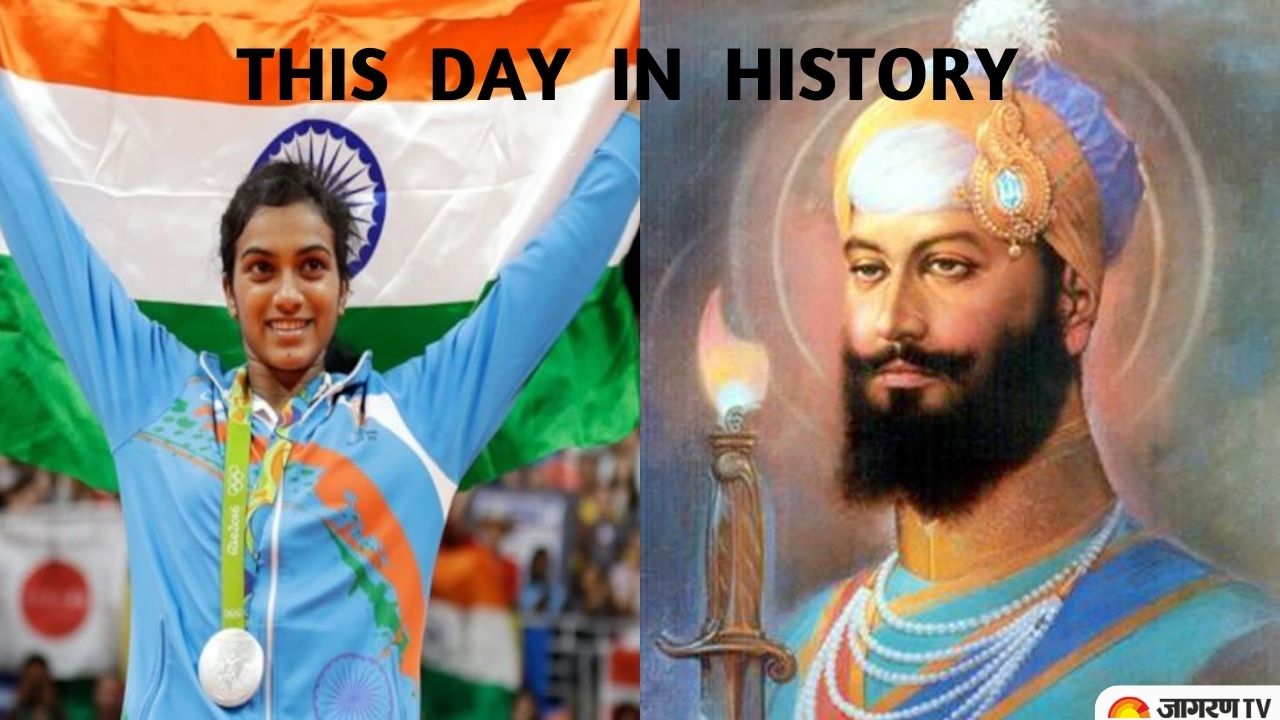 This Day in History: According to the Gregorian calendar, July 5 is the 186th day of the year and the 187th day of a leap year.

On this day let’s see some important events and anniversaries. We have compiled a list of some monumental events that happened all around the world on 5 July as well as the birthdays of famous people.

Born on this day in 1595, Guru Hargobind was the sixth of ten Gurus of the Sikh religion. At the tender age of eleven, he had become Guru following the death of his father, Guru Arjan, at the hands of the Mughal emperor Jahangir. Sikhism was militarised by Guru Hargobind, most likely in response to his father's execution and for the protection of the Sikh community. He represented it by donning two swords, which stand for the multiple meanings of mr and pr (temporal power and spiritual authority). Guru Hargobind built the Akal Takht in front of the Harmandir Sahib in Amritsar (the throne of the timeless one). The Khalsa (the collective body of the Sikhs) today's highest seat of earthly authority is the Akal Takht.

Tributes to Sixth guru, soldier & a saint, Guru Hargobind Ji on his birth anniversary.
He was an expert swordsman, wrestler and rider. He not only spreaded teachings of Sikhism, but also fought several battles against Mughals and emerged victorious. pic.twitter.com/7rokUW6sxN

Born on this day in 1995- P. V. Sindhu is an Indian professional badminton player. Sindhu, who is regarded as one of India's most accomplished athletes, has won medals at numerous competitions, including the Olympics and the BWF circuit, as well as a gold at the 2019 World Championships. She is only the second individual athlete from India to win two straight medals at the Olympic Games and the first and only Indian to win the title of badminton world champion. [6] In April 2017, she achieved a career-high global ranking of no. 2.

On this day in 1994, Amazon.com was founded in Bellevue, Washington by Jeff Bezos. The American multinational technology corporation Amazon.com specialises in cloud computing, digital streaming, artificial intelligence, and e-commerce. One of the most valuable brands in the world, it has been called "one of the most significant economic and cultural forces in the globe." Along with Alphabet, Apple, Microsoft, and Meta, it is one of the Big Five American technological firms.

Happiness comes in all shapes and sizes, so do chocolates! Find out more on the Amazon #WorldChocolateDay store.

On this day in 1811, the Venezuelan Declaration of Independence: 7 provinces declare themselves independent of Spain.

Venezuelan soldiers goose stepping as they carry out practice drills for the Large Independence Day Military parade this week...https://t.co/AjWXQLcISn

On this day in 1687, Isaac Newton's great work Principia was published by the Royal Society in England, outlining his laws of motion and universal gravitation.

On this day in 1687, Sir Isaac Newton publishes Philosophiæ Naturalis Principia Mathematica (Mathematical Principles of Natural Philosophy), one of the most significant works in the history of science. pic.twitter.com/ovCAvwgJ2h

On this day in 1962, Algeria officially gained its independence from France, which had declared the African country independent two days earlier.

National Bikini Day is observed on this day to celebrate the anniversary of the invention of the two-piece bathing suit.

Early reminder dat a week from today, Tuesday, July 5 is #NationalBikiniDay. I'll be performin' pole fitness at @VelvetRabbitNYC since I notion it's gonna be a highly historic night. pic.twitter.com/93KYmQD8kb