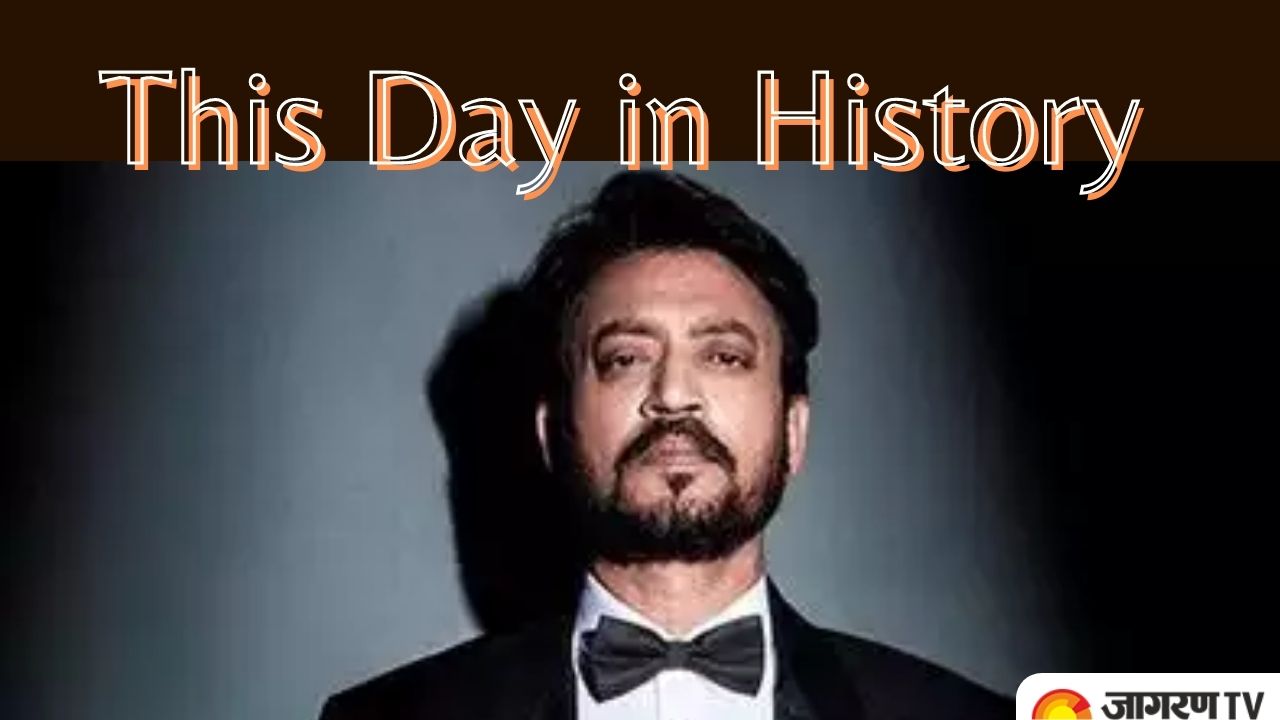 This Day in History: According to the Gregorian calendar, January 7 is the 7th day of the year and the 7th day in a leap year.

On this day let’s see some important events and anniversaries. We have compiled a list of some monumental events that happened all around the world on 7 January as well as birthdays of famous people.


Born in 1979 in Delhi, Bipasha Basu is a famous Indian film, actress and model. The actress turns 43 this birthday. She has predominantly worked in Bollywood but also appeared in Tamil, Telugu, Bengali and English movies. Some of her iconic movies are Ajnabee, Bachna Ae Haseeno, Dhoom 2, Race, Phir Hera Pheri and more.


An Indian actress, Reena Roy has been accredited for her roles and acting skills in Hindi Cinema. Her active years were from 1972 to 1985. She won the 25th Filmfare Award for Best Actress in Supporting Role for the film Apnapan.

A highly acclaimed Bollywood actor Irrfan Khan was a brilliant actor who featured and was revered in both Bollywood and the Hollywood industry. Some of his famous movies are Paan Singh Tomar, Life in a Metro, The Lunchbox, Hindi Medium, Angrezi Medium etc. His famous Hollywood movies are Life of Pi, Slumdog Millionaire and more.

The key to a happy life is to accept you are never in control. Happy Birthday, Irrfan Khan. #SimonMasrani #JurassicWorld pic.twitter.com/INnmulTirz


Jnananjan Niyogi was actively associated with the Indian independence movement and was a social reformer.

Bimal Roy was an Indian film director. He is particularly known for his representation of society and realistic portrayal of Indian culture. Some of his prominent films are  Do Bigha Zamin, Parineeta, Biraj Bahu, Devdas, Madhumati, Sujata, Parakh and Bandini.

In 1929, “Tarzan” one of the 1st adventure comic strips, first appears. It was created by  Edgar Rice Burroughs. It appeared in the 1912 novel Tarzan of the Apes. This character immediately gained popularity, especially amongst children.

He is known for his pioneering work on the ‘Tarzan’ newspaper comic strip and for his textbooks on drawing accurate anatomy.

Here's wishing @therealkapildev - #TeamIndia's 1983 World Cup-winning captain & one of the best all-rounders to have ever played the game - a very happy birthday. 🎂 👏 pic.twitter.com/Po4wYtvByl

In 1610, Italian astronomer Galileo Galilei discovered, four moons orbiting the planet Jupiter, using a homemade telescope. Looking at what he thought was a group of stars, he later realized the objects appeared to move in a linear regular pattern. These objects moved in the "wrong direction," according to the understanding of nature at the time. After a few weeks, Galileo became sure  that he was observing not stars, but objects in orbit around Jupiter. Today, Jupiter’s four largest satellites—Io, Europa, Ganymede, and Callisto—are named the Galilean Moons in his honour.

In 1738, A peace treaty is signed between Peshwa Bajirao and Jai Singh II following the Maratha victory in the Battle of Bhopal. In December 1737, the battle was fought between the Maratha Empire and Mughal forces led by Nizam of Hyderabad near Bhopal in India.

Flag Day in Italy was adopted on this day.  This event commemorates the first official adoption of tricolour as a national flag by a sovereign Italian state. The Italian national colours appeared for the first time in Genoa on a tricolour cockade on 21 August 1789, anticipating by seven years the first green, white and red Italian military war flag, which was adopted by the Lombard Legion in Milan on 11 October 1796.