Today in History May 10: From 1857 Sepoy Mutiny to Nelson Mandela Becoming the President of Africa, list of 10 most important events happened today 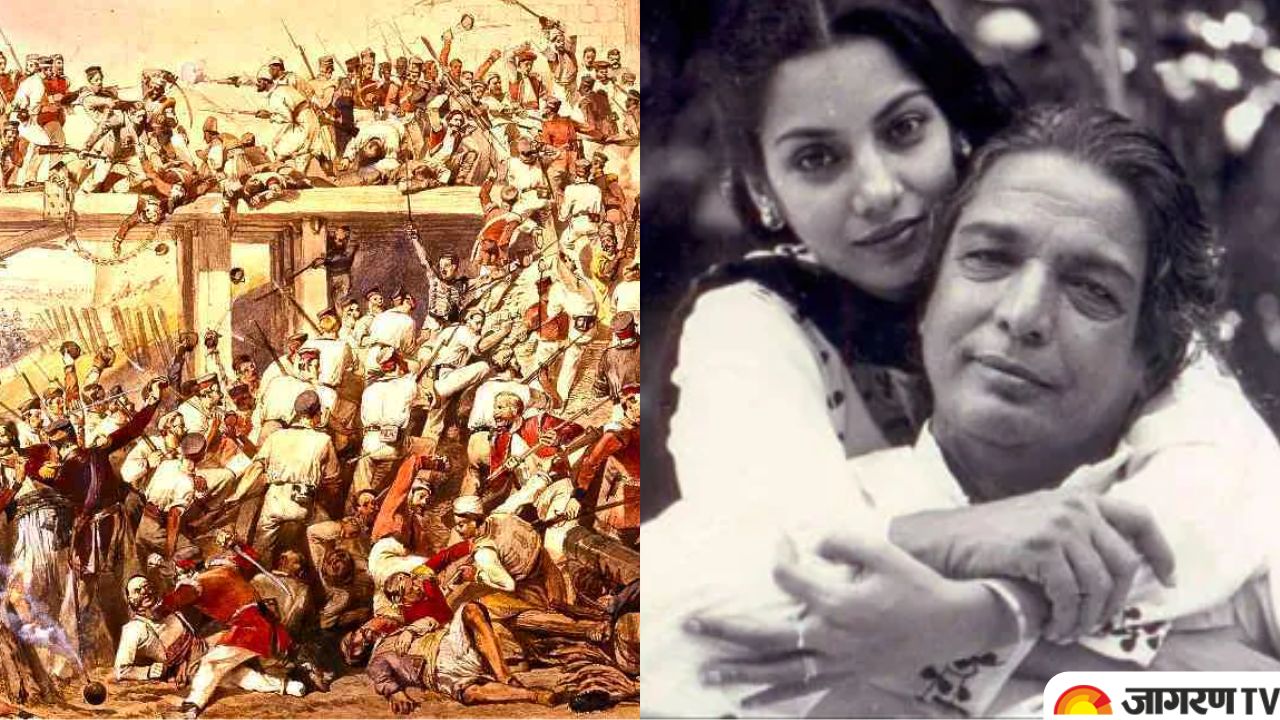 This Day in History: According to the Gregorian calendar, May 10 is the 140th day of the year and the 41th day of a leap year.

On this day let’s see some important events and anniversaries. We have compiled a list of some monumental events that happened all around the world on May 10 as well as the birthdays of famous people.

Born on this day in 1855, Swami Sri Yukteswar Giri was an Indian monk and yogi, and the guru of Paramahansa Yogananda.

If man does not remain absorbed in God, his downfall is imminent.

Blessings to all who see this picture of Sri Yukteswar Giri 🙏🏻❤️🙏🏻


Born on this day in 1927, Nayantara Sahgal is an Indian writer who writes in English. She is a member of the Nehru–Gandhi family, the second of the three daughters born to Jawaharlal Nehru's sister, Vijaya Lakshmi Pandit.

In 1986 she was awarded Sahitya Akademi Award for her English novel Rich Like Us (1985).

Indian novelist Nayantara Sahgal (right) and her sister Rita Dar with Frida Kahlo, who is wearing one of the sister's saris, in Mexico City, 1947 pic.twitter.com/plh9YISG9U


Kaifi Azmi was an Indian Urdu poet. He participated in many memorable Mushaira gatherings of the twentieth century. His wife was theatre and film actress Shaukat Kaifi and his daughter is famous actress Shabana Azmi.


On this day in 1857, In India, the first war of Independence begins. Sepoys mutiny against their commanding officers at Meerut. The Indian Mutiny erupted in Meerut in reaction to the increased pace of Westernization in India and a military crackdown on Indian troops by their British officers.

Today in history marks the beginning of the 1st War of Independence against the British. Starting as a sepoy mutiny on 10th May 1857, it transpired into a large-scale war against the foreign invaders. #1857_स्वातंत्र्य_समर pic.twitter.com/OCSSbkFBG5


On this day in 1908, 1st Mother’s Day was observed in Philadelphia.

Did you know? On this day in history (1908) the first Mother’s Day was observed in Philadelphia? Make your mother proud and always vote! pic.twitter.com/V4HdTZBBK6


On this day in 1993, Santosh Yadav of India became the first woman climber in the world to reach the peak of Mount Everest, the world’s highest mountain.

Santosh Yadav (Rewari) is first woman in the world to have climbed Mount Everest Twice. Awarded the Padma Shri in the Year 2000.#IndianWomenOurPride pic.twitter.com/GFua4S2LA8


On this day in 2005, India and Pakistan agreed to start the Lahore Amritsar bus service.

#DidYouKnow: There was no bus service between Amritsar and Lahore and on 11 December 2005, a year and a month after the movie, #VeerZaara released, the service was started❤️ @iamsrk & @realpreityzinta pic.twitter.com/BuVf3wZ7s8


Nelson Mandela, whose efforts to end apartheid led to his imprisonment (1962–90) and earned him a share of the 1993 Nobel Peace Prize, became president of South Africa this day in 1994.

27 years ago today, Nelson Mandela was inaugurated as the President of South Africa. I was proud to be an election observer in South Africa for that election. This photo was when I was part of Mandela’s delegation when he addressed the United Nations. #RevAlThrowback #Madiba pic.twitter.com/9l4Ip8bNz5


On this day in 1774, Louis XVI acceded to the throne of France, and his wife, Marie-Antoinette, became queen consort; later they both were beheaded during the French Revolution.

#onthisday in 1774: Louis XVI ascended the throne of France with Marie Antoinette as Queen http://t.co/cRsoBOhlnE pic.twitter.com/mSnhFGNJyF


On this day in 1294, Temür Khan was declared Emperor of the Yuan Dynasty.