Today in History May 12: From Jodhpur Foundation Day to First Flight Over The North Pole, list of 10 most important events happened today 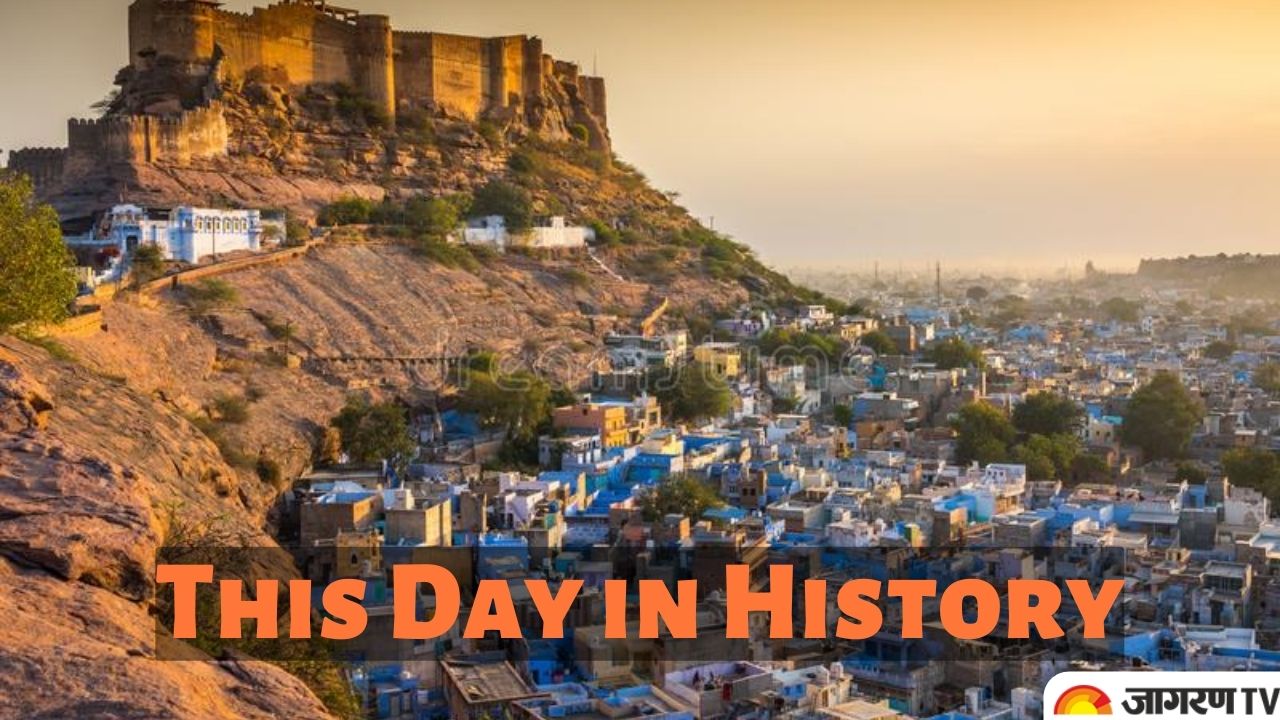 This Day in History: According to the Gregorian calendar, May 12 is the 142nd day of the year and the 143rd day of a leap year.

On this day let’s see some important events and anniversaries. We have compiled a list of some monumental events that happened all around the world on May 12 as well as the birthdays of famous people.

Born on this day in 1933, Nandu M. Natekar was a former Indian badminton national champion. Natekar won over 100 national and international titles for India. He had a long career spanning more than 15 years.  In 1956, Natekar was the first Indian to win a title internationally. Also, he was appointed as a director of Natekar Sports and Fitness (NSF).

Born on this day in 1892, Ramanlal Desai was an Indian Gujarati author. In total, he had 27 novels. Bharelo Agni and Gramalakshmi are considered to be his masterpiece. His other notable and massive work is Apsara. Apsara is essay divided into five volumes which are based on the life of prostitutes. He was confered with Ranjitram Suvarna Chandrak.

Born on this day in 1820, English nurse Florence Nightingale, who founded trained nursing as a profession for women, was born in Florence, Italy. As a mark of respect,  International Nurses Day is celebrated on her birthday. She is the founder of modern nursing. She organised to care for wounded soldiers in Constantinople during the Crimean War.

#MEAwarenessDay
is also #DayOfCare named after the birthday of the inventor of modern nursing Florence Nightingale. She suffered from a serious illness believed to be #MECFS. It's a macabre coincidence that even today many #PwME being in need of care often are excluded from it. pic.twitter.com/T7JG2ROIY7

On this day in 1459, Jodhpur, also known as Sun City, was founded by Rao Jodhpur in India. Gaj Singh was crowned Maharaja of Jodhpur, India.

Mehrangarh Fort, located in Jodhpur, Rajasthan, is one of the biggest forts in India.

It was built in around 1459 by Rao Jodha, the founder of Jodhpur. Its beauty is apprehended by being stable 410 feet (125 m) above the city and grand thick walls.@LostTemple7 @DograTishaa pic.twitter.com/PYinPlzDs4

The copper sulphate under certain conditions turns blue, giving the houses their famous uniform blue color. One can get a bird's eye view of Jodhpur and its iconic blue houses in the old town.
.https://t.co/JyjfFZWw3c#travel #travelwithus #Holidays #jodhpur #india pic.twitter.com/Dg4cg3kPtC

On this day in 1949, 1st foreign woman ambassador received in the United States of America, Vijaya Lakshmi Pandit of India, was Jawarharlal Nehru’s sister.

Smt. Vijay Laxmi Pandit, two time Cong president tread where no woman before her dreamt possible changing the notion of politics being man's domain. She played an imp role in shaping a Nation where women stand up for their rights & equality! #InternationalWomensDay pic.twitter.com/HE5qYSQlb6

International Nurses Day is observed annually on this day to commemorate the anniversary of Florence Nightingale’s birthday. This day is also observed to honour the service and care provided by nurses all over the world, especially during the troubles times like the Coronavirus pandemic.

#ISHIC
As we enter the week where we celebrate International Nurses day we thank all Nurses across the world for the difference they make in patients' lives every single day. Nurses are the beating heart of healthcare whose daily efforts provide patient-centric care. pic.twitter.com/pDwiYJz8uK

Today in 1926: Floyd Bennett and Richard Byrd claimed the first flight over the North Pole in this Fokker BA-1 Airplane "Josephine Ford." pic.twitter.com/MCDrhKNu8K

On this day in 2008, a massive earthquake struck Sichuan, China. It caused great destruction and 90,000 people died in the disaster.

On this day in 1925, Uzbekistan & Kyrgyzstan become autonomous Soviet republics.

Like Kyrgyzstan, Uzbekistan has also opened its borders to tourism. It is a country extremely rich in history, but still so little known. #Uzbekistan #VisitUzbekistan #Ouzbékistan pic.twitter.com/J1eXPlFWwQ

On this day in1928, Benito Mussolini made an announcement to end women's suffrage in a speech to the Senate in Italy.

On Thursday, April 26, 1923, an international coalition of women's suffragists, including the American Carrie Chapman Catt, threatened to picket the home of Benito Mussolini if he did not participate in a women's suffrage congress in Rome next month. pic.twitter.com/z5heJ6DkZL