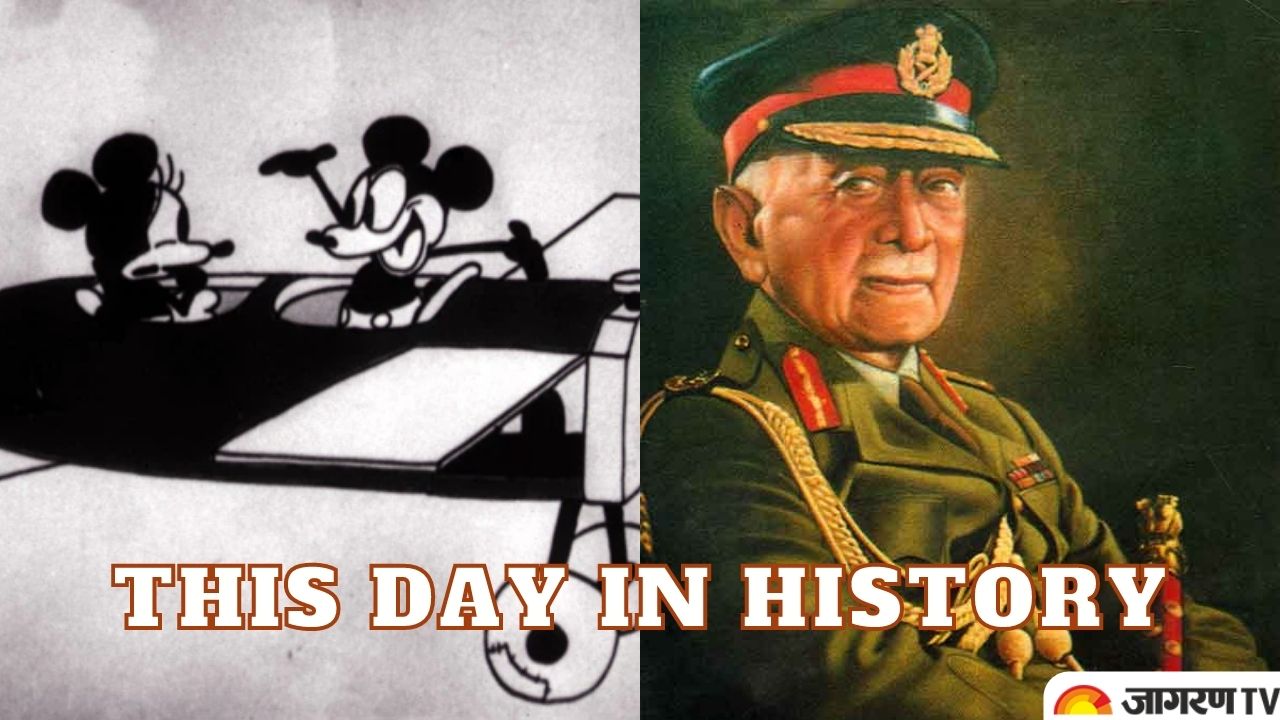 This Day in History: According to the Gregorian calendar, May 15 is the 145th day of the year and the 146th day of a leap year.

On this day let’s see some important events and anniversaries. We have compiled a list of some monumental events that happened all around the world on May 15 as well as the birthdays of famous people.

Born on this day in 1942, Vijay Kelkar is an Indian economist and academic. He was Finance Secretary, Government of India 1998–1999, and in 1999 he has been appointed as Executive director of India, Bangladesh, Bhutan and Sri Lanka on the board of the International Monetary Fund (IMF).

We had good conversations on the role of NEP in making our education systems agile, responsive and outcome-driven. Dr. Kelkar also shared his insights on ways to strengthen research and build educational capacities. pic.twitter.com/7gbbMaNJan

Born on this day in 1817, Debendranath Tagore was a Bengali philosopher and an active member of the Brahmo Samaj. He was the father of Nobel-prize winning poet Rabindranath Tagore.

In 1862, Maharishi Debendranath Tagore, father of #Rabindranath, while taking a boat ride through Birbhum when got captivated by its mesmerizing beauty. He immediately bought a large tract of land & built a small house there. #AmritMahotsav #DidYouKnow #MainBharatHoon pic.twitter.com/za2Yw16Ndc

Born on this day in 1907, Sukhdev Thapar was an Indian revolutionary. He worked to make India independent from British colonial rule, along with his comrades  Bhagat Singh and Shivaram Rajguru. A senior member of the Hindustan Socialist Republican Association, he participated in several actions alongside Singh and Rajguru, and was hanged by the British government on 23 March 1931 at the young age of 23.

Bhagat Singh, Shivaram Rajguru, and Sukhdev Thapar marched to the gallows of Lahore Jail with smiles on their faces. They were executed for their roles in the Lahore Conspiracy Case, against the British Raj.

KM Cariappa’s legacy goes far beyond being the 1st Indian to lead the Army.

During 1965 war, Pakistan's Ayub Khan offered Gen Cariappa to release #Cariappa junior because he was the son of KM Cariappa.

Gen Cariappa told Khan that all the captured Indian soldiers were his sons. pic.twitter.com/OQuaeBqmk4

Bhairon Singh Shekhawat was the 11th Vice President of India. He was also awarded Padma Bhushan in the year 2003.

Remembering our senior leader, mentor, former vice president of India Shri Bhairon Singh Shekhawat ji, on his death anniversary.
You were an inspiration to whole India, and will be remembered till the end of times.#BhaironSinghShekhawat pic.twitter.com/w9YgjBP3Q0

International Day of Families is observed every year on this day to promote awareness of issues relating to families and to increase knowledge of the social, economic and demographic processes affecting families.

This Sunday is International Day of Families! Spend this day the best way you can - have quality time with your loved ones. Tips: go for a long walk, cook a Sunday toast together or take a trip to the seaside...whatever you do, do it with your family!#InternationalFamilyDay2022 pic.twitter.com/Qa23kNPykb

On this day in 1928, Walt Disney's Mickey Mouse made his debut with the premiere of the cartoon Plane Crazy.

90 years ago today, Mickey Mouse made his grand debut on movie screens with Steamboat Willie, one of the first cartoons with synchronized sound. Since then, he has become one of the most recognizable and iconic characters in cartoon history. pic.twitter.com/y9Rpj49gOl

Pierre Curie was a French physicist. He pioneered in crystallography, magnetism, piezoelectricity, and radioactivity. In 1903, he received the Nobel Prize in Physics with his wife, Marie Curie, and Henri Becquerel, "in recognition of the extraordinary services they have rendered by their joint researches on the radiation phenomena discovered by Professor Henri Becquerel."

Remembering Nobel Laureate Pierre Curie, born #OTD 161 years ago, who admirably rejected the Nobel Prize unless he could share it with his wife Marie.#NobelPrize pic.twitter.com/bYhpcQiqnq

The First Arab-Israeli War was initiated by Israel's proclamation of independence on the day before the invasion. It lasted nearly 10 months and caused thousands of casualties on both sides.

#OnThisDay, 15 May, 1948, following the expiration of The #British Mandate for #Palestine, the Kingdom of Egypt, Transjordan, Lebanon, Syria, Iraq and Saudi Arabia invade #Israel thus starting the 1948 #Arab_Israeli War. pic.twitter.com/EGtRhWBdOV