Today in History May 6: From Motilal Nehru Birthday to Last Episode of 'Friends' Show, list of 10 most important events happened today 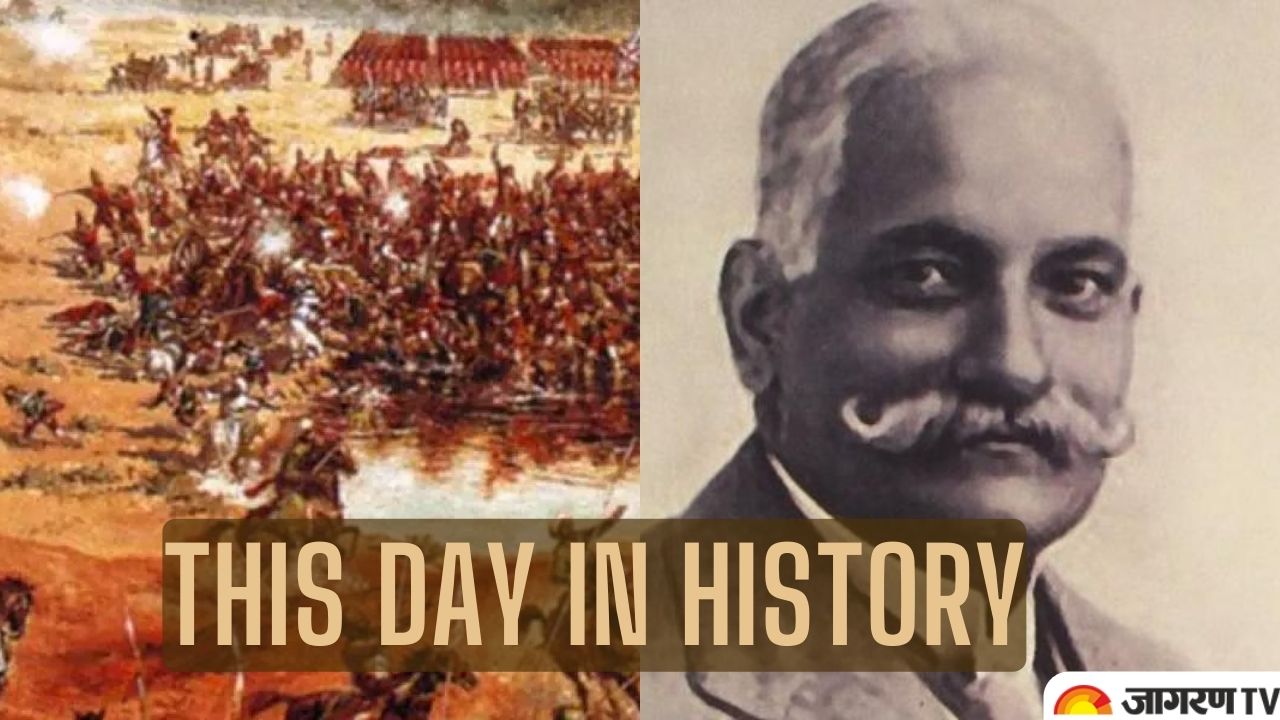 This Day in History: According to the Gregorian calendar, May 6 is the 136th day of the year and the 137th day of a leap year.

On this day let’s see some important events and anniversaries. We have compiled a list of some monumental events that happened all around the world on May 6 as well as the birthdays of famous people.

Born on this day in 1956, Sujata Bhatt, an Indian poet, a native speaker of Gujarati. Some of her famous works are Brunizem, The One Who Goes Away, Monkey Shadows, The Stinking Rose,  Point No Point, Augatora and more.

“Sometimes I think I prefer to live between languages, within silences only I can hear—”

— Sujata Bhatt, from “Redness″ in Poppies in Translation pic.twitter.com/Joau37ClEE

Born on this day in 1861, Motilal Nehru was an Indian lawyer and politician, also President of the Indian National Congress. He was a patriarch of the Nehru-Gandhi family and the father of Jawaharlal Nehru, the first Prime Minister of India.

A rare image of Jawaharlal Nehru and Motilal Nehru both father and son in Naini Prison, 14th April, 1930.
This was their struggle for freedom of this country. They sacrificed everything they had. Their life was dedicated for India.. pic.twitter.com/pdyPzdEPkR

Shahu, also known by the titles of Chhatrapati Rajarshi Shahu, Shahu IV, Rajarshi Shahu Maharaj, Kolhapur's Shahu)was from the Bhonsle dynasty of Marathas.  He was a Raja and the first Maharaja of the Indian princely state of Kolhapur. He worked for the cause of the lower caste subjects in his state. Primary education to all regardless of caste and creed was one of his most significant social works.

Chhatrapati #ShahuMaharaj devoted his entire life for social equality. Let's observe 100 seconds of silence on May 6th at 10.00 am, to pay tribute to his revolutionary social work on the occasion of his 100th death anniversary.#LokRajaShahu#लोकराजाशाहू #शाहूस्मृतीशताब्दी pic.twitter.com/8YM4BCUkwk

Bhulabhai Desai was a prominent Indian independence activist and acclaimed lawyer. He is well-remembered for his defence of the three Indian National Army soldiers accused of treason during World War II, and for attempting to negotiate a secret power-sharing agreement with Liaquat Ali Khan of the Muslim League.

It was his passionate and meticulous defence of INA soldiers in the trial that signalled to the British that their time was up! pic.twitter.com/ML2Ox7c6HP

On this day in 1529, Battle of Ghagra took place in which Mughal Emperor Babur beats Afghans and Bengals.

On this day (March 16, 1527), the Mughals under Babur defeated the Rajput - Afghan coalition at the battle of Khanwa, arguably the most important battle of Babur's career.

"Begs and warriors, whoever comes into the world is mortal, he who remains forever is God"

On this day in 1542, Francis Xavier reaches Old Goa, then capital of Portuguese India.

Today in 1542 Francis Xavier reaches Old Goa, the capital of Portuguese India at the time. pic.twitter.com/9nwFGlFdr4

On this day in 2004, China recognised Sikkim as an integral part of India on the condition that Tibet is a part of China.

“In 1911 the Chinese empire collapsed & Britain was the sole Himalayan power. The British no longer considered the Sikkim-Tibet border an immediate problem. They never resumed the demarcation. Their decision would return to haunt India China relations in the 21st-century” pic.twitter.com/GZdywJVEkv

On this day in 2004, the final episode of the television sitcom Friends aired and was watched by more than 52 million viewers.

The last episode of 'FRIENDS' aired 17 years ago today. pic.twitter.com/ovQ08CY8dW

George Timothy Clooney is an actor and filmmaker. He is the recipient of numerous accolades, including a British Academy Film Award, four Golden Globe Awards, and two Academy Awards, one for his acting and the other as a producer. Some of his famous movies are  From Dusk till Dawn (1996), One Fine Day (1996), with Michelle Pfeiffer, The Peacemaker (1997) and more.