Today in History May 7: From Rabindranath Tagore's Birth Anniversary to USA Entering World War I, list of 10 most important events happened today 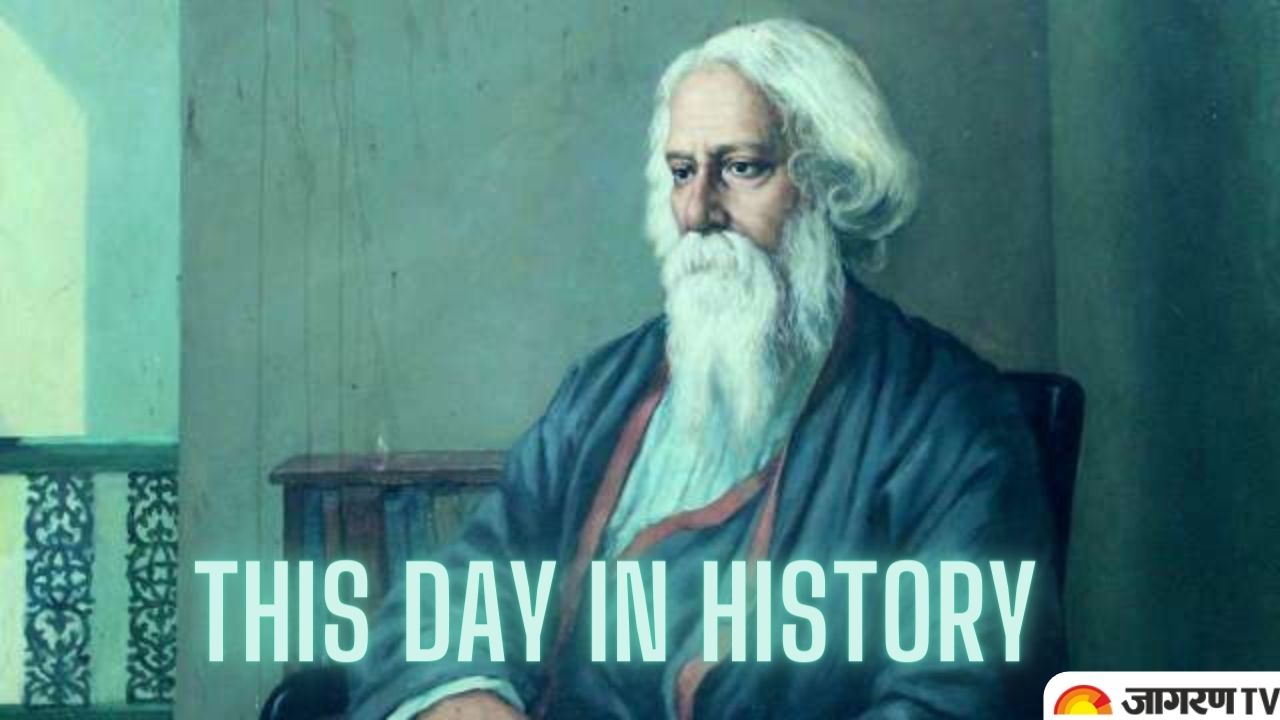 This Day in History: According to the Gregorian calendar, May 7 is the 137th day of the year and the 138th day of a leap year.

On this day let’s see some important events and anniversaries. We have compiled a list of some monumental events that happened all around the world on May 7 as well as the birthdays of famous people.

Born on this day in 1861,  Rabindranath Tagore was the first Indian to receive the Nobel Prize in Literature for his collection of poems, Gitanjali.. He was a polymath, musician, artist, and Ayurveda-researcher. Referred to as "the Bard of Bengal" Referred to as "the Bard of Bengal", he reshaped Bengali literature and music as well as Indian art with Contextual Modernism. His compositions were chosen by two nations as national anthems: India's "Jana Gana Mana" and Bangladesh's "Amar Shonar Bangla".

Born on this day in 1711, Hume was a Scottish Enlightenment philosopher, historian, economist, librarian and essayist, who is best known today for his highly influential system of philosophical empiricism, scepticism, and naturalism.

"Poets…though liars by profession, always endeavour to give an air of truth to their fictions." - David Hume pic.twitter.com/mN8nJ2WQhw

Bhubaneswar Mishra was an Indian music director and a classical violin player. He was an exponent of Odissi, Hindustani and Carnatic style of playing the violin. He teamed up with Pandit Hariprasad Chaurasia to score music for Hindi and Odia films.

Pandit Bhubaneswar Mishra was as gifted music composer, as he was a violinist. For many years, he was part of All India Radio as a senior producer of music. He received Sangeet Natak Academy Awards and Jayadev Award #AmritMahotsav pic.twitter.com/YXCXWW3Zic

On this day in 1800, Indiana Territory was created.  It was organised by a congressional act that President John Adams signed to form an organized incorporated territory of the United States that existed from July 4, 1800, to December 11, 1816, when the remaining southeastern portion of the territory was admitted to the Union as the state of Indiana.

#OTD In 1809, Congress passed the Act Dividing Indiana Territory after receiving petitions from counties in present day Illinois. This Act created Illinois Territory and was a key event on the road to Indiana Statehood. Read more here: https://t.co/gwxyIV1zYK #IndianaHistory pic.twitter.com/8GFK4MjVGV

Every year, May 7 is celebrated and observed as World Athletics Day. The International Association of Athletics Federations (IAAF), formerly known as the International Amateur Athletic Federation, founded this day as a social responsibility project ‘Athletics for a Better World’.

A day to the clash

Narayan Subbarao Hardikar was a freedom fighter and Congress politician who founded the Congress Seva Dal.

We remember freedom fighter & Padma Bhushan awardee N S Hardikar for founding the Congress Seva Dal. His vision of 'selfless service' enabled millions of Indians to rally for our nation’s cause, both pre & post-independence. pic.twitter.com/oiHqIEETJv

On this day in 2017, “Baahubali 2: The Conclusion” becomes the highest-grossing Indian box office film ever earning $120 million.

The Theatre Royal was built by the dramatist Thomas Killigrew for his company of actors and is now commonly known as the Drury Lane Theatre, opened in London this day in 1663 and is the oldest English theatre still operating.

On this day, 40 years ago, Theatre Royal Plymouth was opened by HRH The Princess Margaret.

Since then, we've played host to thousands of shows, produced & co-produced productions, and supported communities through our life-changing Engagement and Learning projects. #TRP40 pic.twitter.com/BmpBPvLaeO

On this day in 1915, a German submarine sunk the Lusitania, a British ocean liner, indirectly contributing to the entry of the United States into World War I.

April 6, 1917 the United States formally declared war on Germany and entered World War I. Over 4.5 million Americans would serve in The Great War and over 115,000 would die.

📷:USS Sampson (DD-63), she was the lead ship of her class of destroyers in the #USNavy during the war. pic.twitter.com/xKr4r7Pgs5