Today in History May 9: From Maharana Pratap's Birthday to Final Voyage Of Christopher Columbus, list of 10 most important events happened today 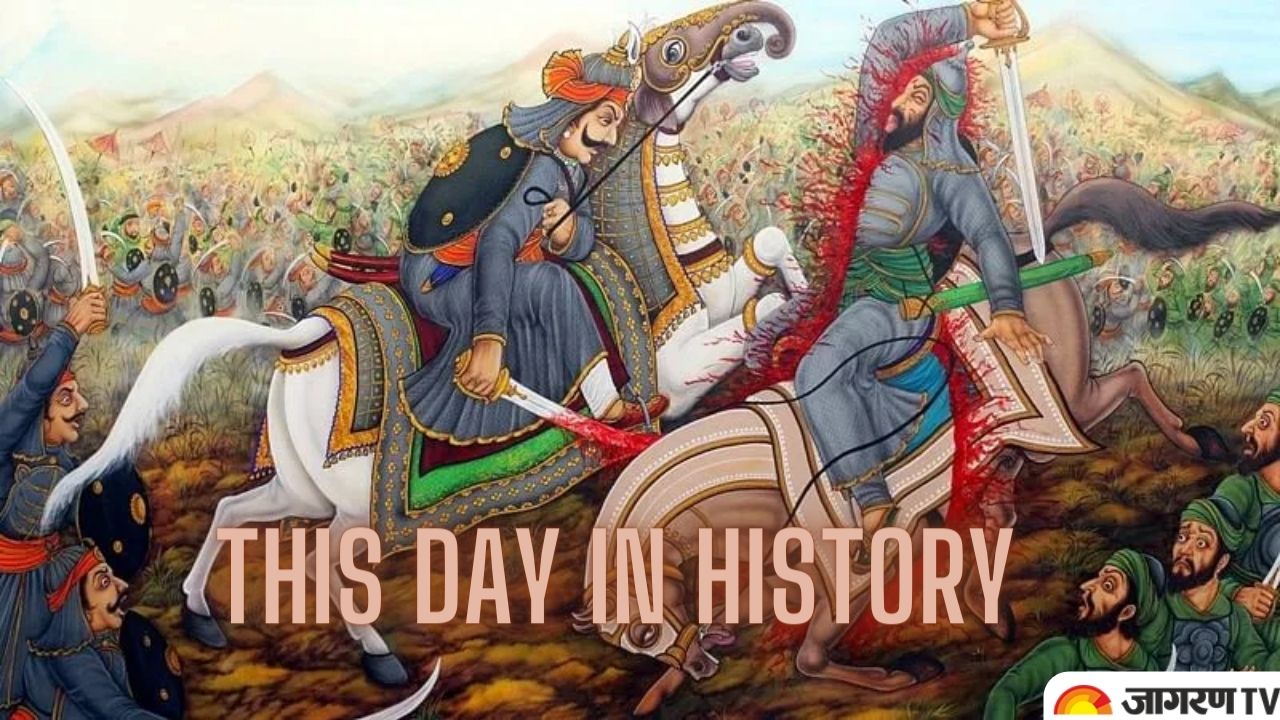 This Day in History: According to the Gregorian calendar, May 9 is the 139th day of the year and the 1 40th day of a leap year.

On this day let’s see some important events and anniversaries. We have compiled a list of some monumental events that happened all around the world on May 9 as well as the birthdays of famous people.

Born on this day in 1540, Maharana Pratap was the 13th king of Mewar, Rajasthan. He is known for his military resistance against the expansionism of the Mughal Empire under Akbar through Guerrilla warfare which proved inspirational for later rebels against Mughals including Shivaji.

The sword of Maharana Pratap weighs around 50 Kgs each, he used to offer one Sword to the Enemy when his enemy would be disarmed. Imagine the calibre of this warrior in battlefield. But Sadly there is not much mentioned in our History books.

This thread delves into his story of Hindu Resistance to the Mughals.#Hindutva #Rajput #MaharanaPratap #History #Mewar pic.twitter.com/ZTxlFT3kSz

Born on this day in 1866, Gopal Krishna Gokhale was an Indian liberal political leader and a social reformer during the Indian Independence Movement. He was a senior leader of the Indian National Congress and the founder of the Servants of India Society.

Bhaurao Patil was a social activist and educator in Maharashtra, India. He was a prominent member of Satyashodhak Samaj, founded by Mahatma Jyotirao Phule. The people of Maharashtra honoured him with the sobriquet Karmaveer (King of actions) and the Government of India awarded him with Padma Bhushan in 1959.

Remembering Karmaveer Dr Bhaurao Patil ji on his parinirvan day. He was an advocate of mass education and a social activist who supported Baba Saheb's every move. #BhauraoPatil pic.twitter.com/Z4P2uGc7lX

On this day in 2018, India’s Supreme Court criticizes the country’s archaeological conservation body for failing to protect the national heritage monument, Taj Mahal from discolouration and green slime.

Taj Mahal is losing its sheen. Blame the #pollution in Yamuna, not just industrial emissions

The gas responsible for the odour may in fact be doing greater harm – it is likely the culprit behind the discolouration of the Taj’s glorious white marbles.https://t.co/FrkeFFYQ2P pic.twitter.com/jm29dEvGbo

On this day in 1502, master navigator and admiral Christopher Columbus, long considered the “discoverer” of the New World, set sail from Cádiz, Spain. This was his fourth and final voyage, hoping to find a passage to Asia.

#OnThisDay in 1502, Christopher Columbus set sail from Cádiz, Spain, on his fourth and final voyage in search of the Strait of Malacca in hope of making the first circumnavigation of the globe.#SpanishHistory #SpanishEmpire #Colonial #NewWorld #HistoryLover #AgeOfEmpires pic.twitter.com/furyOVP43G

Born on this day in 1860, dramatist J.M. Barrie was best known for Peter Pan, the title character of which is an eternal boy—was born in Kirriemuir, Angus, Scotland.

On this day in 1994, the first cases of the Ebola Virus in the latest outbreak in Gabon, are identified which cause the death of 9 of those infected with the virus.

Swift response to a new case of Ebola virus, where a large outbreak was recently quelled. https://t.co/3mHTWJtxJ4

On this day in 1960, the U.S. Food and Drug Administration announced that it would add birth control as a new indication for the drug “Enovid”.

Making #BirthControl pills available OTC can help bridge gaps in access & give people greater control over their repro health & lives. On #FreeThePill Day, we’ll be spreading the word...the first-ever OTC birth control pill in the US is closer than ever! Join us May 9! pic.twitter.com/M9czGORNpM