This Day in History: On 9th November 2019, The Kartarpur Corridor was inaugurated, know what was the scenario before it was made 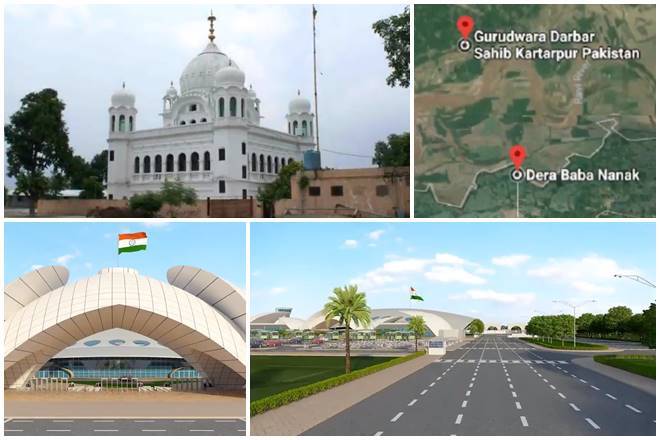 India and Pakistan have been the strongest adversaries as both the neighboring countries have had various disputes ever since their existence. However, there are a few subjects, where the countries have come together for the betterment of their citizens. And one such historic event has been discussed below in today’s “This Day in History” article.

On 9th November 2019, The Kartarpur Corridor was inaugurated for the Sikh pilgrims.

What is Kartarpur Corridor?

It must be noted that the Pakistani Sikhs aren’t allowed to use the border crossing, and can’t access Dera Baba Nanak on the Indian side without obtaining an Indian visa or unless they work there.

Who proposed the Kartarpur Corridor?

It must be noted that the Kartarpur Corridor was originally proposed in early 1999 by the then prime ministers of India and Pakistan, Atal Bihari Vajpayee and Nawaz Sharif, respectively, as a part of the Delhi-Lahore Bus diplomacy.

Imran Khan said “Pakistan believes that the road to prosperity of region (sic) and bright future of our coming generation lies in peace”, adding further that “Pakistan is not only opening the border but also their hearts for the Sikh community.”

While the Indian Prime Minister Narendra Modi compared the decision of opening Kartarpur Corridor taken by the two countries to the fall o the Berlin Wall in November 1989, mentioning that the project could help in easing tensions between the two countries.

It must be noted that before the Kartarpur Corridor was made, the Sikh pilgrims from India has to take a bus to Lahore to visit Kartarpur after traveling 125 kilometers, even though the Gurudwara Darbar Sahib Kartarpur could physically be seen from the Indian side, where an elevated observation platform was constructed.