Thor: love and thunder for once to meet Ranbir Kapoor’s Shamshera & Brahmastra together 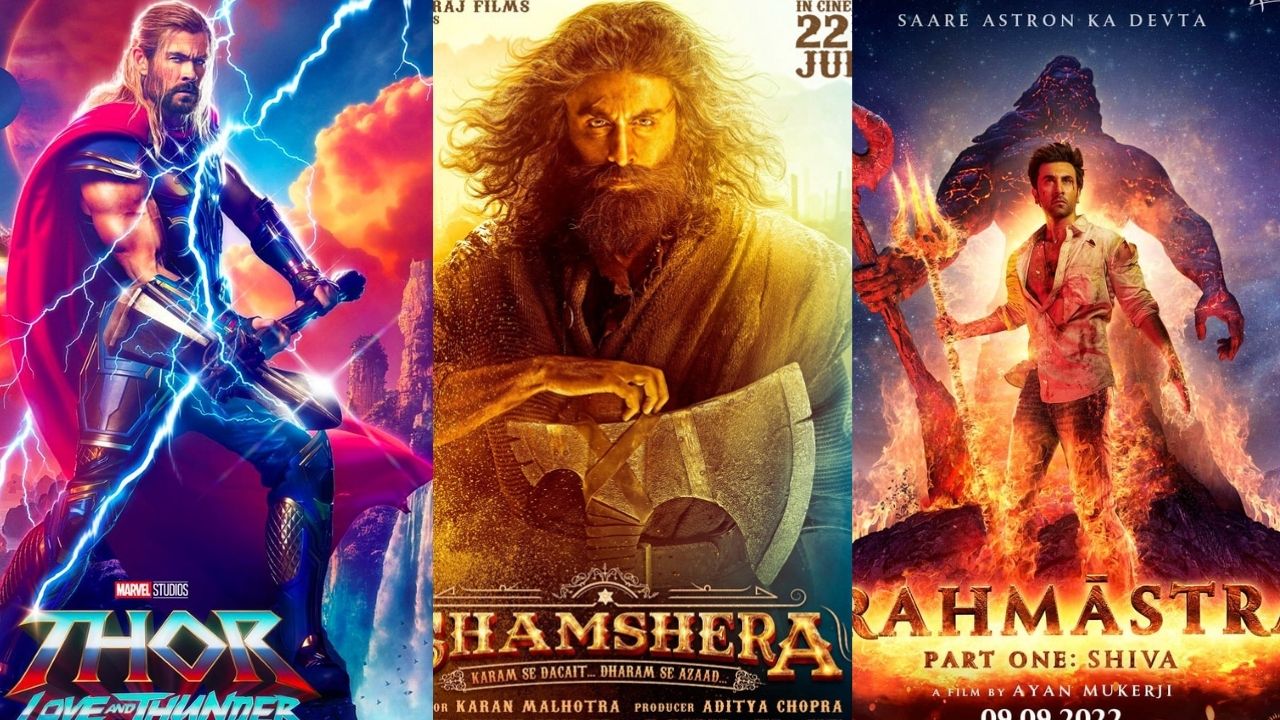 It’s a triple treat coming all the way for the desi fans of Thor who are also going gaga over Ranbir Kapoor’s promising storyline of Brahmastra and look books of Shamshera, reportedly the three of the major biggies and highly anticipated platform for once will meet together in the cinema hall. Wondering how? Well, we all now that superhero franchise Thor has a massive fan following in India and film never fails to generate maximum box office collection from the country, the upcoming Chris Hemsworth Thor love and thunder is scheduled to be released in India on July 7, and reportedly it will be trailed by the trailer of Ranbir Kapoor Shamshera and Brahmastra, additionally one more surprising factor has been added to the list.

Thor: love and thunder to meet Shamshera in cinema halls

The trailers for "Shamshera" and "Brahmastra," starring Ranbir-Alia, have both been attached to the movie. When watching "Thor," viewers will also get a sneak peek at the next Hollywood movie "Avatar: The Way of Water" in addition to these two.

Talking about the step Rohan Malhotra vice president-Distribution mentioned “Shamshera and Thor: Love & Thunder are two of the biggest event movies releasing this month. Both movies boast of larger than life, axe-wielding heroes who have got everyone talking. Exhibitors across India are charged by the audience reactions to Shamshera and there is a craze amongst movie buffs to catch this big screen spectacle on the biggest possible screen”

He later stated that since Ranbir Kapoor’s Shamshera will mark his return to the big screen after 4 years YRF wanted to make it huge and thereby they wanted to attach the trailer with a befitting film of the year and what can be best other than to utilize MCU superhero Thor which already acquire a massive fan following in India.

According to rumours, OTT powerhouse Amazon Prime purchased the digital rights to the movie starring Ranbir Kapoor, Sanjay Dutt, Vani Kapoor, and others. The movie, directed by Karan Malhotra, is scheduled to come out on July 22, 2022 in theaters.