Today in History June 12: From Beginning of World Against Child Labor day to life imprisonment for Nelson Mandela, list of Important events today 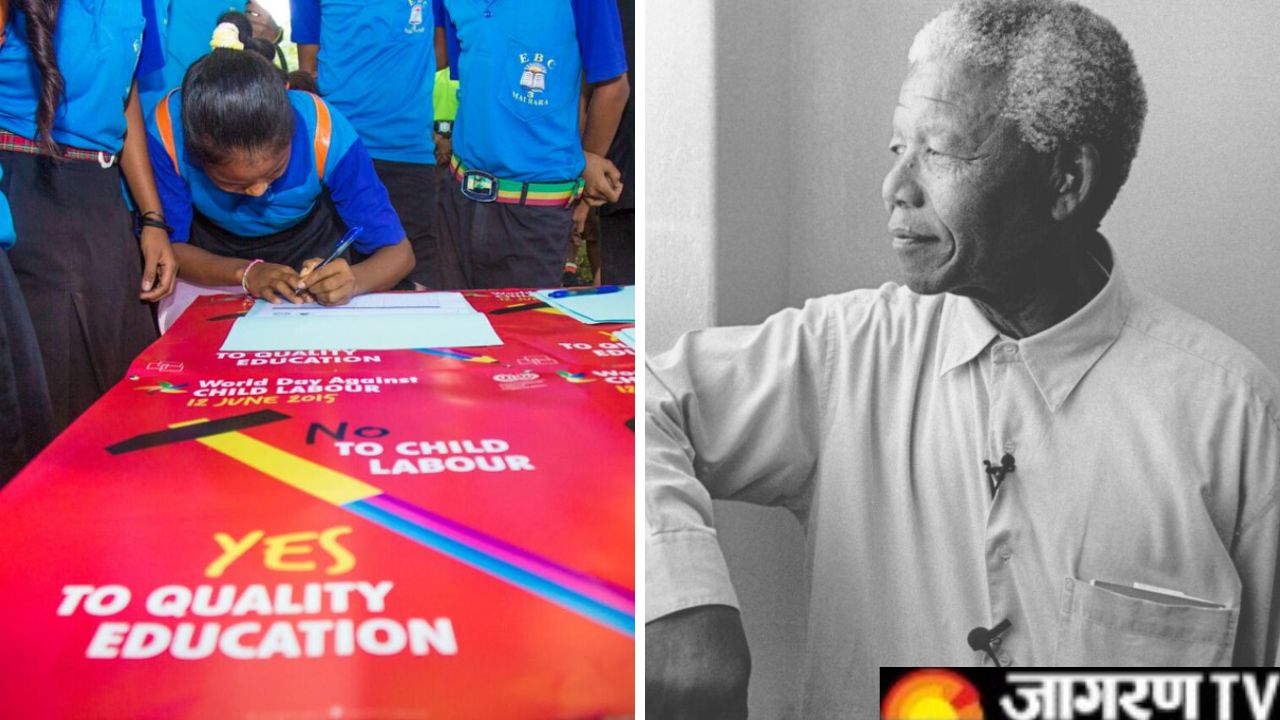 This Day in History: According to the Gregorian calendar, June 12 is the 163rd day of the year and the 164th day of a leap year.

On this day let’s see some important events and anniversaries. We have compiled a list of some monumental events that happened all around the world on 12 June as well as the birthdays of famous people.

1964: Nelson Mandela is sentenced to life in prison

South African anti-apartheid leader and world human rights activist Nelson Mandela was sentenced to life imprisonment on June 12, 1964 for his political activism by the South African establishment. He was freed from prison only after 27 years during which time he became the face of the anti-apartheid movement.

#OnThisDay in 1964, Nelson Mandela is sentenced to life in prison in South Africa. pic.twitter.com/49hRDQTurS

The State of Uttar Pradesh v. Raj Narain (1975 AIR 865, 1975 SCR (3) 333) was a 1975 case heard by the Allahabad High Court that found the Prime Minister of India Indira Gandhi guilty of electoral malpractices. The ruling on the case that had been filed by the defeated opposition candidate, Raj Narain, Justice Jagmohanlal Sinha invalidated Gandhi's win and barred her from holding elected office for six years.

#congresssedeshbachao Not everyone knew that on June 12, 1975, Prime Minister Indira Gandhi, was found guilty of electoral corruption by the Allahabad High Court. She was banned from contesting elections for six years. But Indira had ignored the court's order.

INSAT-1D was 4th and the concluding multipurpose geostationary satellite of the INSAT-1 first-generation seven-year responsibility for the operation of the INSAT space segment. But the success of this launch meant a lot to India - a country that was setting up its national computer networks.

On this day in 1990, the Indian National Satellite (INSAT-1D) was launched. This was an operational multi-purpose communication and meteorology satellite.

On 12 June 1991, Yeltsin was elected as the first President of the Russian Federation, received 45,552,041 votes, representing 57.30 percent of the number who took part in the vote, and well ahead of Nikolai Ryzhkov, who, despite the support of the federal authorities, received only 16.85%.

1994: The world's largest twinjet takes off on its maiden flight

Boeing's 777X completed its maiden flight on Saturday. The plane is world's largest twin-engine jet and is still awaiting regulatory approval. Regulators are expected to scrutinize the plane more than usual following the crashes of 737 Max in 2018 and 2019.

The world's largest twinjet takes off on its maiden flight, 1994 pic.twitter.com/DXZW1gmlnX

1998: G8 countries decided not to give loan to India due to nuclear test

Taking their lead from US Secretary of State Madeleine Albright, the G-8 -- the eight foremost industrialized nations in the world -- decided on Friday to deny all non-humanitarian loans to India and Pakistan, in retaliation for the nuclear tests carried out by both countries in May.

The World Day Against Child Labour is an International Labour Organization (ILO)-sanctioned holiday first launched in 2002 aiming to raise awareness and activism to prevent child labour. It was spurred by ratifications of ILO Convention No. 138 on the minimum age for employment and ILO Convention No.

Indian ace Saina Nehwal received a huge boost ahead of the Rio Olympics as she clinched her second Australian Open title after defeating China's Sun Yu in a thrilling three-game final of the Super Series badminton tournament in Sydney on Sunday.