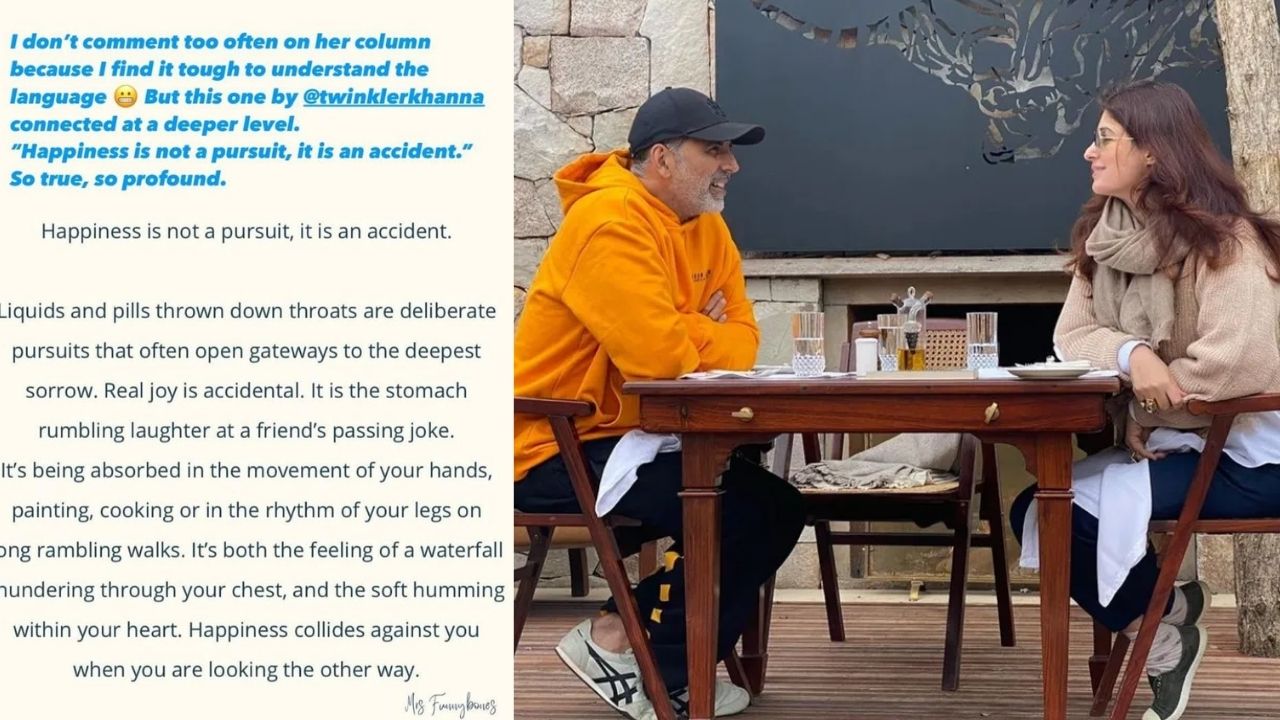 Bollywood:The Bollywood celebrity couple Akshay Kumar and Twinkle Khanna share a lovely bond. Two people of very different temperaments  but very much in love, leading the matrimony successfully; today the couple is celebrating their 21st wedding anniversary. Knownas Mrs Funny Bones, Twinkle shared a picture of her sitting with the husband Akshay Kumar and posted a quirky and fun caption to describe their relationship.

In the picture, Akshay is dressed in a yellow hoodie with  a black cap, Twinkle carried a beige sweatshirt with a stole, she let her hair open and unkempt. The picture reveals the comfort and effortlessness Akshay and Twinkle share in the matrimony. Here is the instagram post:

56 years old actor, Akshay Kumar generally does not comment on his wife’s column  but on the occasion of their anniversary, he shared a story on his instagram and feels glad to share Twinkle’s piece  He wrote, "I don’t comment too often on her column because I find it tough to understand the language. But this one by @twinklerkhanna connected at a deeper level. ‘Happiness is not a pursuit, it is an accident.’ So true, so profound." The 48 year old Twinkle is also raising two kids son Aarav and daughter Nitara.

Akshay Kumar was recently seen in Atrangi Re while Sara Ali Khan and Dahnush were his co-actors.Another film of Akashay Kumar’s Prithviraj which was supposed to be released in January 2022 has been delayed now. He will play the character of Samrat Prithviraj Chuhan in the film, and Manushi Chhillar will also be seen in the film. His upcoming films also include Bachchan Pandey and Ram Setu.