Umang 2022: Shahrukh Khan sends internet into a melt as he took the stage with fire after ages 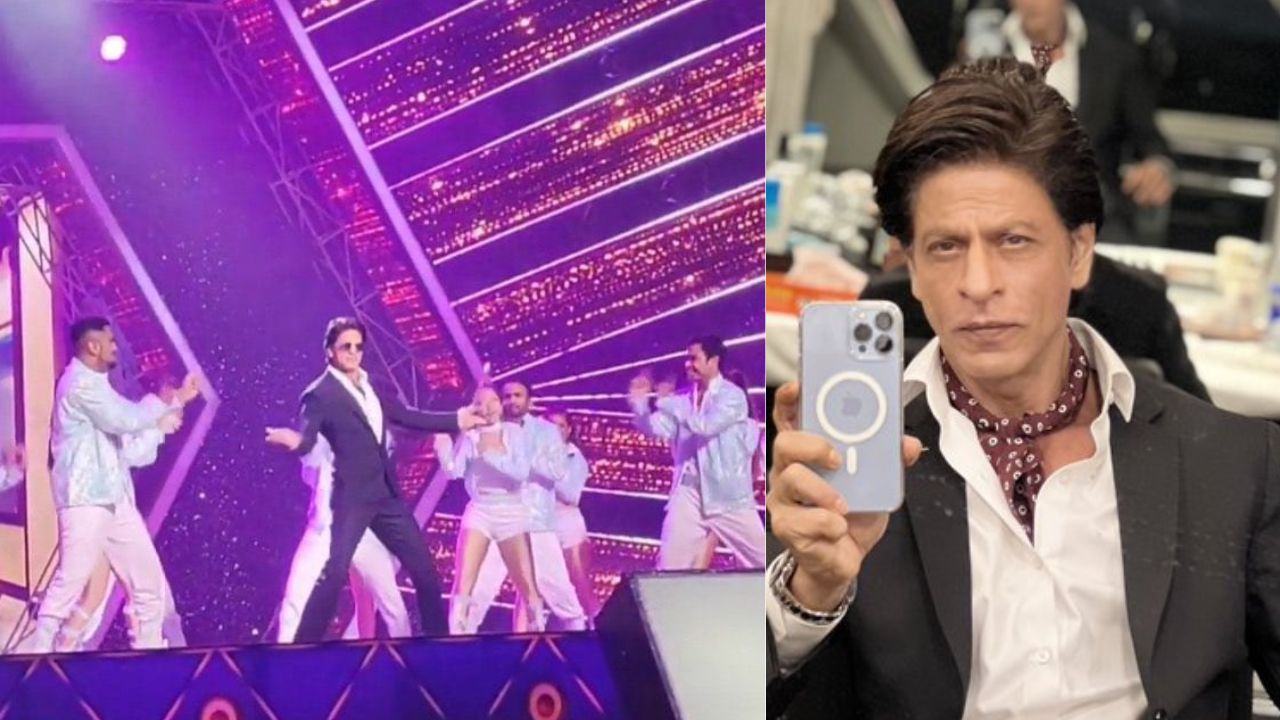 Shahrukh Khan was long absent from the silver screen and even left fans longing for his normal appearance in events, award shows or any reality series. But, now it seems like King Khan is back and this time for good. Shahrukh once again is ready to take over the silver screen and it won’t be wrong to say that 2023 is his year. Recently SRK was seen performing at Umang 2022 event which is an annual event hosted by Mumbai police and every year top Bollywood stars make their appearances to contribute to the charity event. At the occasion, the actor was spotted stunning the police with his powerful dance moves and signature steps.  Donning a black suit, SRK appeared slick and magnificent

The yearly event for Mumbai police, Umang, was postponed due to the Corona virus the previous year. This year the event was held with the same zeal, SRK appeared after a long time on the stage and now small clips of his dance and suave looks are going viral on the social media. Apart from SRK Shehnaaz Gill was also seen delivering her powerful dance on back to back hits. Check out public reactions.

Industry is BACK ❤️🌍👑

Finally we'll get to see him on stage. @iamsrk #ShahRukhKhan #Umang2022 pic.twitter.com/iKrzcgSRwN

SRK has a long list of films along with his several cameo roles. Let’s talk about his lead roles first. Srk will make his lead appearance comeback with dream project Pathan helmed by Siddharth Ananad, up next is his Pan India collaboration with South director Atlee for ‘Jawan’ which will also star Tamil actress and superstar ‘Nayanthara’. The third biggie of the year would be the debut collaboration with director Rajkumar Hirani for Dunki.

Apart from these he has several cameos in films like ‘Brahmastra’ starring Ranbir Kapoor and Alia Bhatt, Tiger 3 with Salman Khan, Rocketry the Nambi effect with R. Madhavan etc.