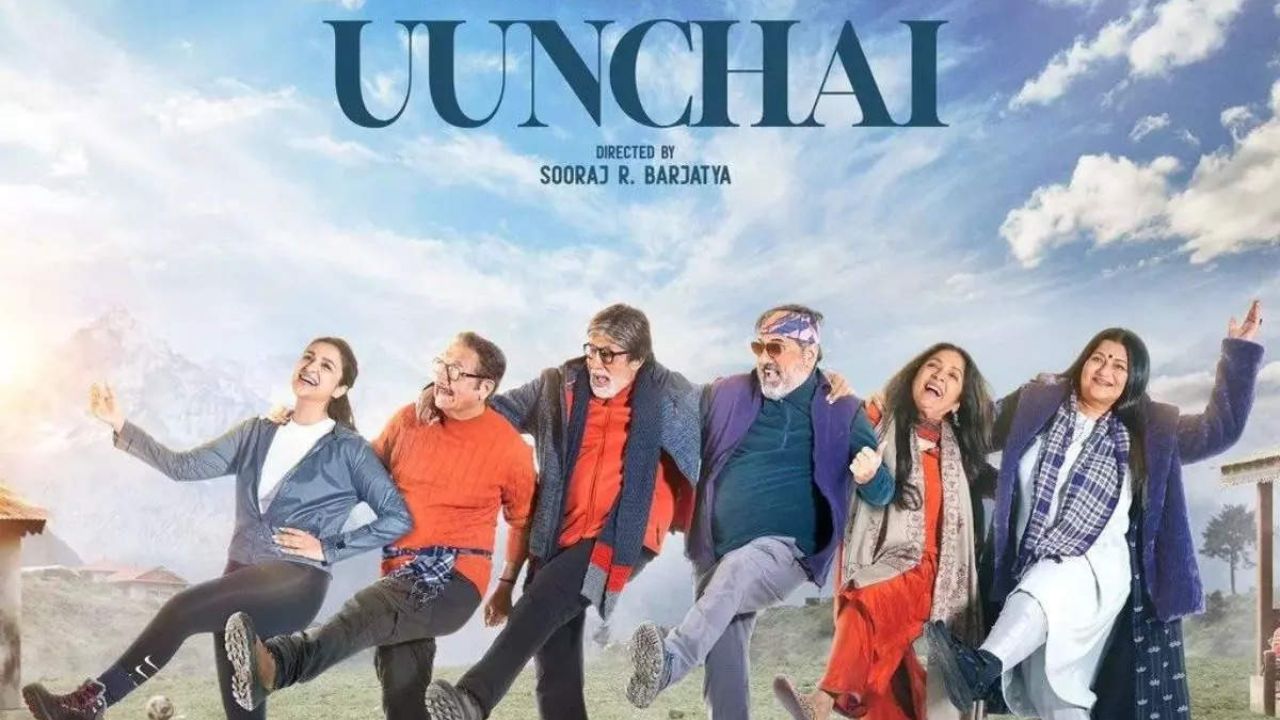 ‘Uunchai’ OTT release: As biggies of Bollywood continues to hit the rock bottom following back to back setbacks at the box office, small budget films such as The Kashmir Files, Kantara, Drishyam 2, Uunchai, Goodbye etc are certainly the new trendmakers doing exceptionally well on the box office collection. Fans had been eagerly anticipating a masterpiece from the renowned production house Rajshri who just completed it’s 75 years in Bollywood. The film which revolves around the 4 best friends who are upbeat about fulfilling their last wish garnered a lot of positive reviews from audiences alongside critical acclaim, making it one of the much awaited movies on OTT platform.

When & Where to watch Uunchai

The Amitabh Bachchan-Boman Irani starrer which made it’s theatrical debut on November 11, 2022 quickly locked it’s streaming platform in just 2 days. Reportedly the digital rights of Uunchai is secured by OTT streaming service Zee 5, which will soon update about the date and time.

When to expect Uunchai on OTT platforms

After Uunchai's theatrical run is over, OTT service Zee 5 will start streaming it. In general, a film's theatrical release and OTT streaming date should be at least 8 weeks apart, but since Uunchai was only distributed in a small number of theaters, it might be possible for the makers to bring it on OTT by the end of December.

A single incident reunites a group of four friends who always used to share a strong bond and have always been precious to one another. As the plot moves forward one of the friends wants to reach the summit of Everest Base Camp as his last wish, and his three closest friends, despite their age, try their best to make it happen. The story is beautifully portrayed at a scenic backdrop, it’s a healing drama which will make you witness the undying love and friendship between 4 friends whose simple trek will lead you to an emotional and overwhelming journey.

Uunchai has a star studded cast which includes some of the veteran actors such as Amitabh Bachchan, Anupam Kher, Boman Irani, Danny Denzongpa, Neena Gupta, Sarika, Parineeti Chopra and others.