First look of Vidyut Jamwal’s “Sanak” unveiled; Know when & where to watch the film 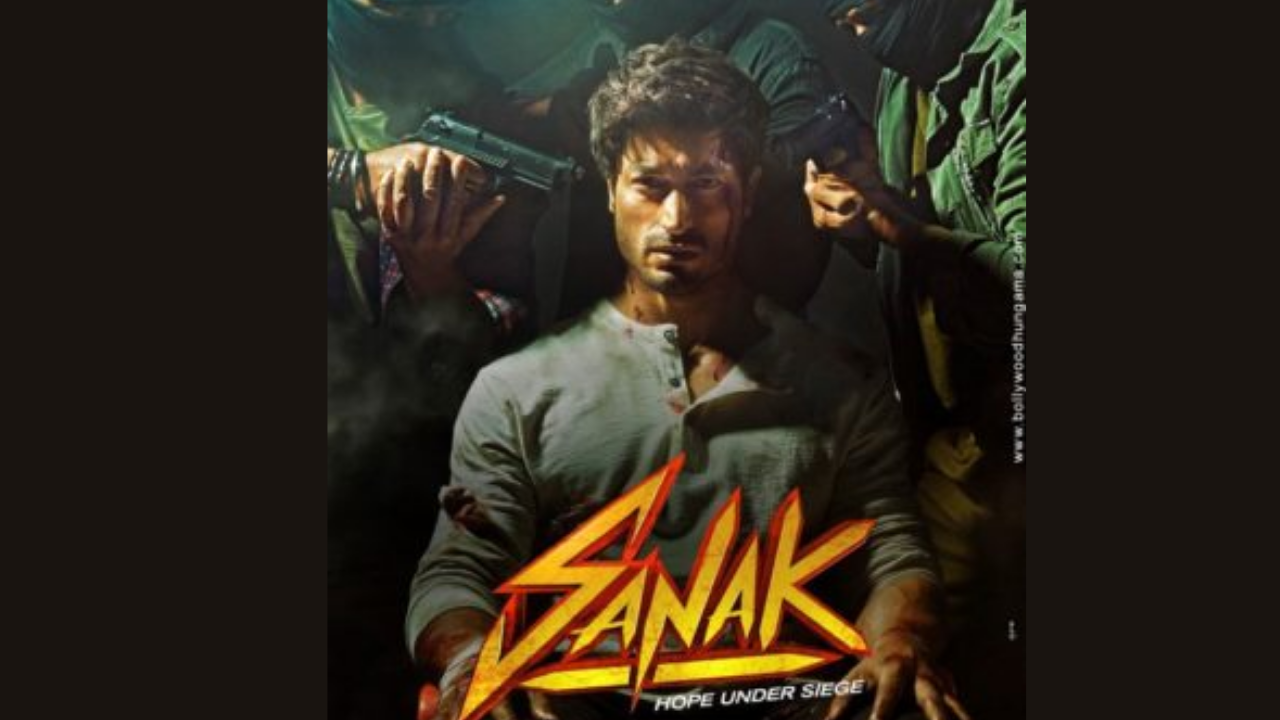 Bollywood’s action King Vidyut Jamawal is all geared up for his upcoming and much awaited film “Sanak- Hope under siege”.Rukmini Maitra, a Bengali actress, also stars in the film  opposite Vidyut.  Along with the film's premiere announcement, the film's creators have also released a new, stunning poster from the film which has resulted in the increment of audience’s excitement, and they can’t keep calm.

Earlier today, the lead actor of the film Vidyut took to his Instagram to share the first look of his upcoming film Sanak- Hope under siege. The poster depicts a slightly wounded Vidyut holding a gun, indicating to the action that would be experienced by the audience. While sharing the poster of the film, he wrote ““Maine suna hai SANAK kuch bhi karwa Sakti hai aur pyaar main Sanki bana sakti hai…Ab meri #Sanak karegi saari hadein paar! My upcoming action thriller coming soon on @disneyplushotstar #DisneyPlusHotstarMultiplex.” Take a look at the poster:

The moment the poster was unveiled, fans of the actor went all crazy. It's been days since the audience have watched any action-packed movie, and Vidyut Jamwal never fails to the expectation of audience. One fans wrote “the much awaited”, while the other said “will be the first to stream the film”. Actor Vidyut Jamwal has a great fan following. The actor rose to fame after appearing in the film commando and its sequel.

Sanak- Hope under siege will be premiered on Disney plus hotstar:

The film is getting an OTT release since the lockdown imposed due to the pandemic has not completely lifted, theatrical release of many films have been halted due to the 50% occupancy in the cinema halls. With action-packed sequences, the film is intended to take viewers on an emotional trip. In the film, Vidyut plays the main character. Chandan Roy Sanyal and Neha Dhupia also star in the film Besides Vidyut.