Vikram Vedha Twitter reaction: ‘remake’ better than the original, Hrithik is back to his actioner avatar 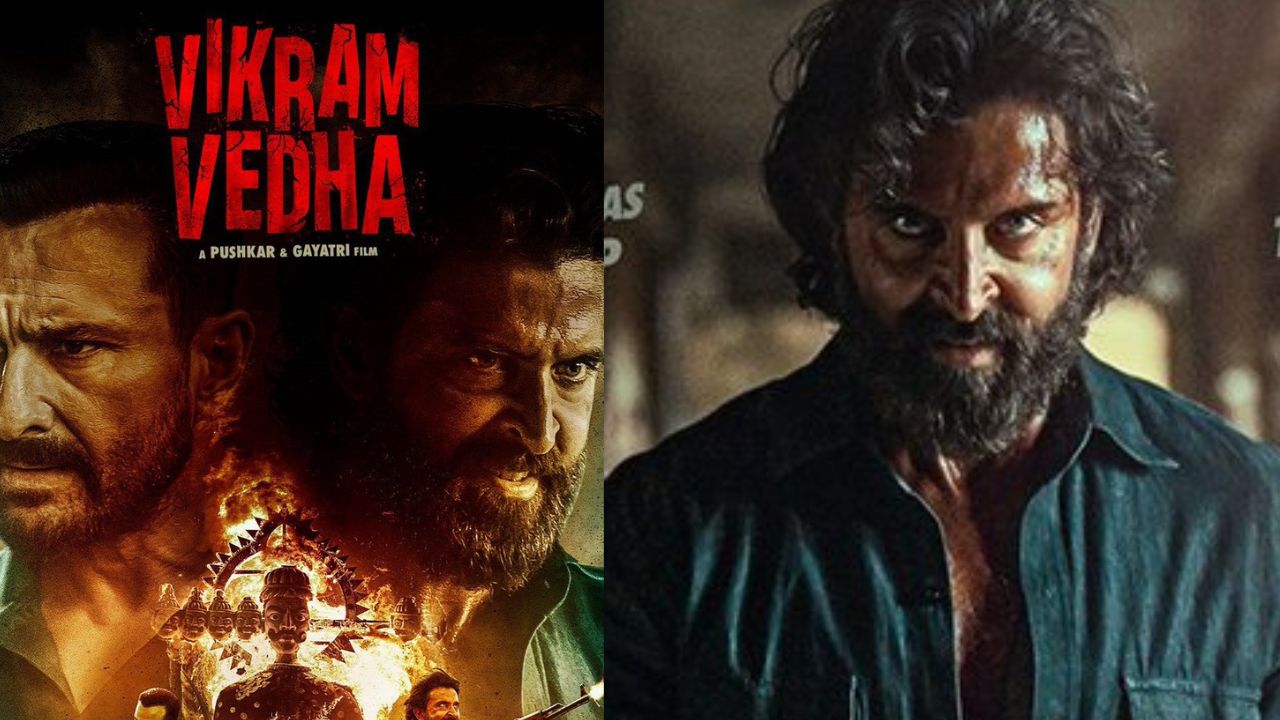 The long-awaited theatrical debut of the Hrithik Roshan and Saif Ali Khan film Vikram Vedha is finally out on the big screens.  Within hours of the release, online users started tweeting their opinions and critiques for the mass actioner. The film is already in competition with Mani Ratnam's epic drama Ponniyin Selvan. Despite being a remake, Vikram Vedha has begun to draw audiences to the theatres owing to Hrithik Roshan and Saif Ali Khan's dramatic battle sequence. Some are even hailing the film better than the original version.

The story of Vikram Vedha has exciting elements. It revolves around a tough police named Vikram  played by Saif Ali Khan who  sets out to track down and chase a notorious gangster named Vedha played by Hrithik Roshan  Vedha. This Bollywood action thriller is actually a remake of the same-named 2017 Tamil hit. Hrithik and Saif both reprised their roles as Vijay Sethupathi and R Madhavan in the Hindi version. Earlier, the action thriller was reviewed on social media by Saif Ali Khan's wife, actress Kareena Kapoor Khan, and Hrithik Roshan's father Rakesh Roshan who lauded the film and now the twitter is buzzing with reactions.

Hrithik’s Swag and Saif’s Intensity. Story keeps you hooked up till the end with lots if twists and turns. I did watch the original one but they nailed it all over again with this. Highly recommend. #VikramVedha #VikramVedhaReview #HrithikRoshan #SaifAliKhan @iHrithik

#VikramVedhaReview in one word fire🔥#HrithikRoshan is terrific in the movie, paisa vasool action and acting, his expression given me goosebumps 🥵 #SaifAliKhan done his work well his scene also gives you goosebumps when clash between hr and saif happens.
This wl do well on boi pic.twitter.com/9Nn3T2GAu7

#VikramVedha is a good remake with great 2nd half.The presence of Hrithik made it diff due to his attitude and accent.Saif was a copy of Madhavan.Ppl who haven’t watched the original will absolutely love it but for me,it was decent as I knew d twists.Can watch for HR & direction

Twists blend with Water Tight Storyline & Thrills maintained a Wow factor throughout the movie.. Hats off to the Director Duo for it

& a Climax that gonna Surprise all 😜😜

Pushkar-Gayatri wrote and directed both the original and the remake. Vikram Vedha has sparked a great deal of curiosity since the release of its debut teaser. It is anticipated to generate between Rs 13 and Rs 15 crores on Friday. The film is giving a good competition to Vikram, Karthi and Aishwarya Rai starrer Ponniyin Selvan 1.