Viral video of Indian man in Skirt dancing on ‘Barso re' from New York; Aishwarya would be jealous 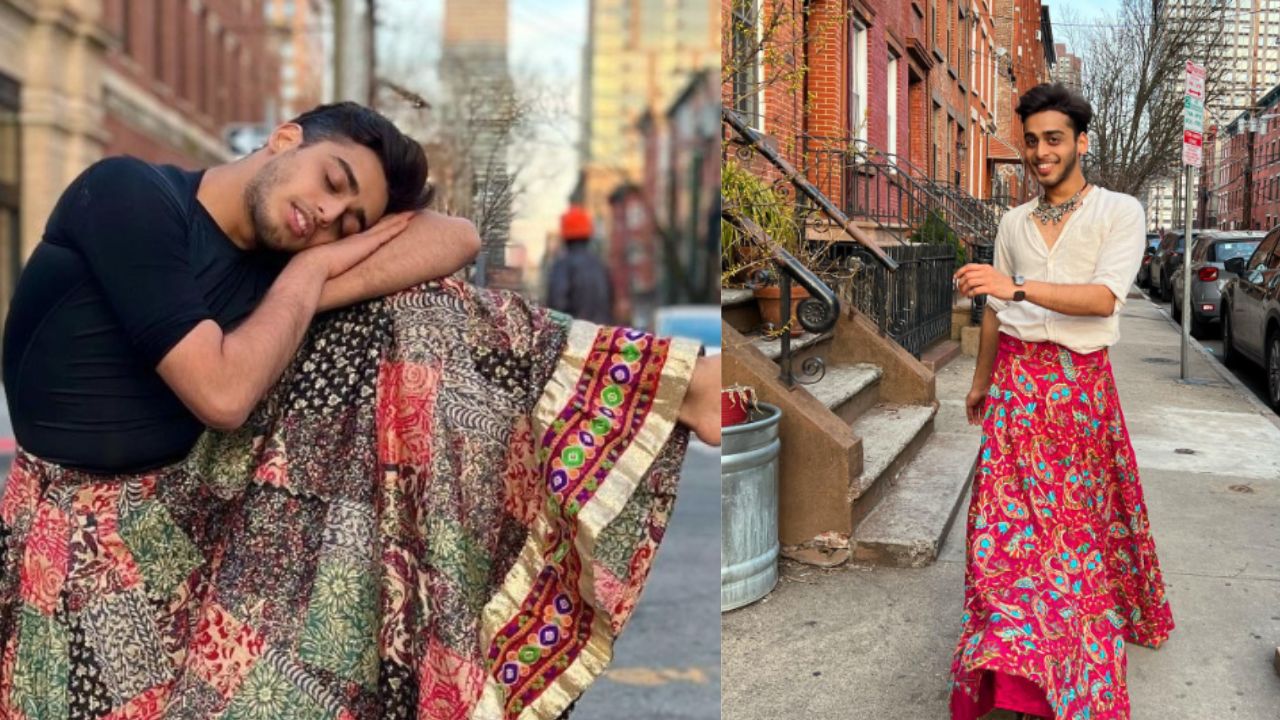 Jainil Mehta a 22 year old dance choreographer hailing from Mumbai India who currently resides in New York has gone viral for his street dance on Indian songs that too wearing skirts. Jianil is currently one of the most viral Tik Tok sensation and his reels can be seen having millions of views in a matter of hours. Although we have witnessed a lot of time social media infulencers from different countries grooving to Bollywood beats, this one is not only different but also inspiring in multiple ways.

Jainil’s initiative to make clothing more inclusive and to encourage males to dress like him is receiving a lot of love and appreciation from every corner of the world. He's been working on a project called #meninskirts. The dancer was recently seen grooving to Bollywood beauty Aishwarya Rai’s one of the most famous songs ‘Barso re Megha’. Donning a brown tucked Kurta and a long pink Skirt, Jainil embraced the choreography under a pouring fountain that took on the streets of New York city.

His dance video of Barso re megha which has gone viral attracted over 3 Lakh plays. While those who saw him for the first time remained stunned by such marvelous choreography, others said tha Aishwarya Rai would feel jealous watching his brilliant moves and expressions. A user wrote “Hes basically Indian voguing and in here for it” others said ‘He passed the vibe check’, “

About time that we stop bragging about such incidents and focus more on why he felt that he couldn't do this in his own country’ and so on.

Who is Jainil Mehta choreographer from New York

Jainil is the same person who once went viral once for his dance on ‘Sammi Sammi’ from Pushpa. He spent 13 years training at Shiamak Davar International in Mumbai, India, before relocating to Los Angeles for college. Jainil is now studying for his Bachelor of Fine Arts in Dance degree. Through global interaction, multidisciplinary training, and alliances, Jainil hopes to establish India's first approved higher education dance department.