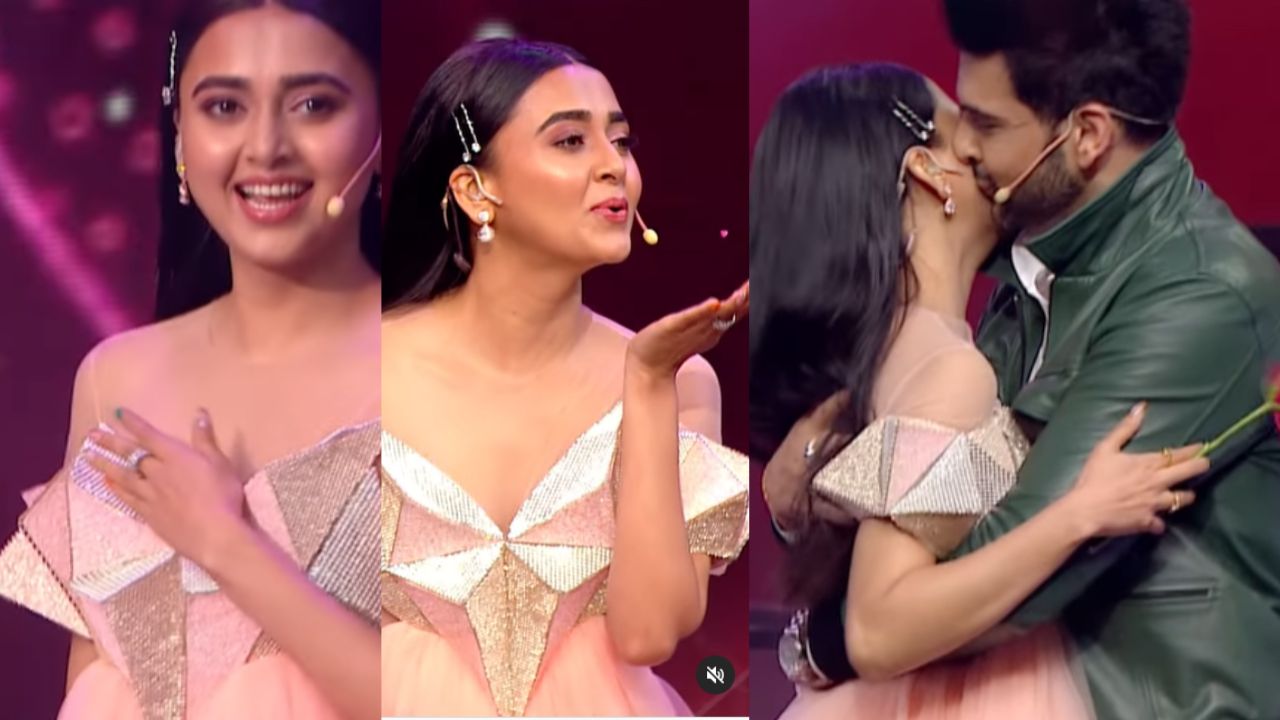 Tejasswi Prakash and Karan Kundrra are constantly winning over their fans' hearts with each and every appearance. The couple who started their journey off Bigg Boss 15 is now one of the most powerful duos of the telly world, not only this the couple are responsible for delivering the highest TRP to the shows they appear in together. And now Teja accompanied Karan on the sets of Dance Deewane Juniors while dedicating romantic song and the couldn’t help but to adore her for looking like a doll.

Tejasswi goes on one knee for Karan Kundrra

TejRan will co-host a special episode of Dance Deewane Juniors in which they will reunite on TV after Lock upp. The promo for the episode has been released. Tejasswi takes the stage, with a romantic backdrop song from the MS Dhoni biopic playing in the background. She then  blows a flying kiss at Karan Kundrra as she approaches, then gets down on her knees and proposes to him on stage with a rose. Karan stops her in the middle while hugging her as the duo match a few steps on the song.

While there have been rumours that Karan will replace Tejasswi's co-star in Naagin 6, there have also been reports that Karan will only feature in a cameo role. Nothing has been made official as of yet. Karan, on the other hand, stated his desire to work on a project with Teja. Apart from that, Tejasswi, who is currently taking up the lead role in Naagin 6, is rumored to be making her big Bollywood debut soon.