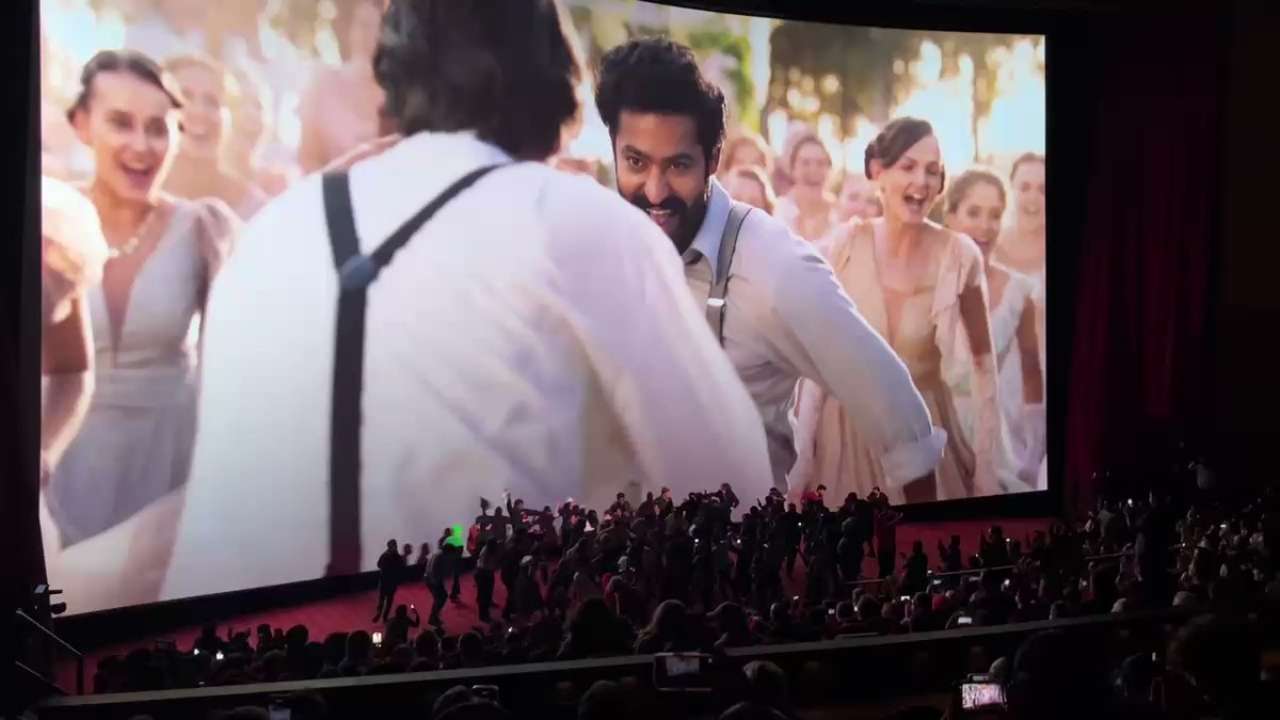 RRR creates history by winning the best original song awards at the Golden Globe awards 2023. The SS. Rajamouli’s masterpiece starring Jr. NTR and Ramcharan Teja are also in the running for 95th Academy awards or Oscars 2023. On January 11th 2023, India woke up to one of the best news from Indian cinema as RRR went on to bag accolades in one out of the two categories it was nominated for the night. But ahead of the Golden Globe awards what gained our eyes and attention was the crowd swarming the chinese theater in Los Angeles and going crazy over RRR song ‘Naatu Naatu’ matching steps with Ramcharan and Jr. Ntr.

RRR in theaters turns into a dance party at LA

Earlier the Chinese IMAX Theatre in Los Angeles hosted a screening of RRR last week, and all of the tickets were sold in a record-breaking 98 seconds, according to media reports. Footage from the performance now shows the audience going crazy in front of the screen while "Naatu Naatu" plays in the background. The video is now going viral post RRR big win in the best original song category.

“RRR” screening at the Chinese erupts into dance party… to no one’s surprise #RRRMovie pic.twitter.com/sYLrOfmh8B

Okay, this is on the day 291 since the theatrical release of #RRRMovie. ❤️‍🔥🌋 @ChineseTheatres pic.twitter.com/FtiP7SDkmw

The film which translates to Rise, Roar and Revolt is the period drama from the maker of hit films like Baahubali, SS Rajamouli. RRR not only managed to do well commercially but also received numerous critical acclaim from around the world which made the film line up in the eligible category of Oscars 2023. RRR also remained one of the top streamed movies on OTT platform and dominated the Netflix chart for quite a long time.