What is Golden Ratio which says Amber Heard has World's Most Beautiful face. Know the Greek Science. 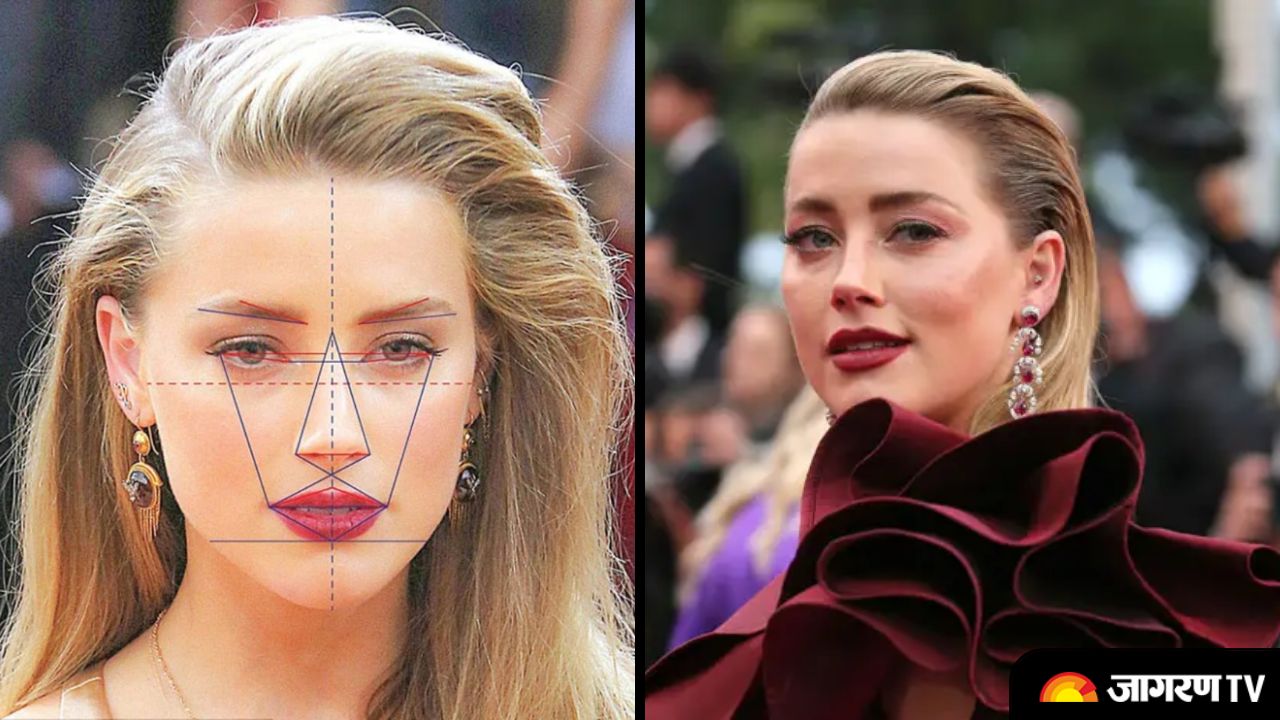 According to facial mapping science, Johnny Depp's ex-actor Amber Heard, who is currently making headlines for an infamous defamation trial, has the most perfect face in the world.

Dr Julian De Silva of London's Centre for Advanced Facial Cosmetic & Plastic Surgery used a face-mapping technique known as the Greek Golden Ratio of Beauty, which is 1.618, to determine who has the world's most perfect face.

To determine who is the most scientifically beautiful person, the 1.618 ratio, also known as "Phi," can be used to determine the perfect proportion of facial features such as the eyes, nose, lips, chin, and overall face shape.

What Golden Ratio of Face?

The Golden Ratio of Beauty Phi originates from the European Renaissance. Several artists used the equation as an aid to create their masterpieces.

During the European Renaissance, renowned artists and architects mapped out their masterpieces using an equation known as the "golden ratio." Scientists used this mathematical formula thousands of years later to help explain why some people are considered beautiful...and others are not.


Mathematics and art have a long history with each other. The Golden Ratio (~1.618) was known to Euclid, Pythagoras and has been used in ancient Egypt, Greece, in the Parthenon and the Mona Lisa. It appears in nature at the macroscopic and quantum level. Here is a golden spiral. pic.twitter.com/ow0HcaXR21

De Silva used computerised face-mapping technology to back up his findings and place Heard near the top of the scale. Another way to represent the ratio is with the Greek letter phi, which appears in all aspects of life and design. The closer an object is to phi's proportions, the more accurately its characteristics are labelled.

De Silva used a photo of the Aquaman actor from the 2016 red carpet to measure the distances between his eyes, nose, lips, chin, and head. According to US Weekly, the doctor stated in 2016 that while the Greeks discovered that the ratio exists everywhere in nature, it had been thought for thousands of years to contain the formula for the world's most beautiful faces.

After analysing 12 key points on Amber Heard's face in 2016, De Silva discovered that her face was 91.85 percent perfect according to the Greek golden ratio.

According to science, the most beautiful woman in the world is Bella Hadid, followed by Beyoncé, Amber Heard, and Ariana Grande. (Based on the Golden Ratio of Beauty Phi which, measures physical perfection.) pic.twitter.com/w2XRb2dACO