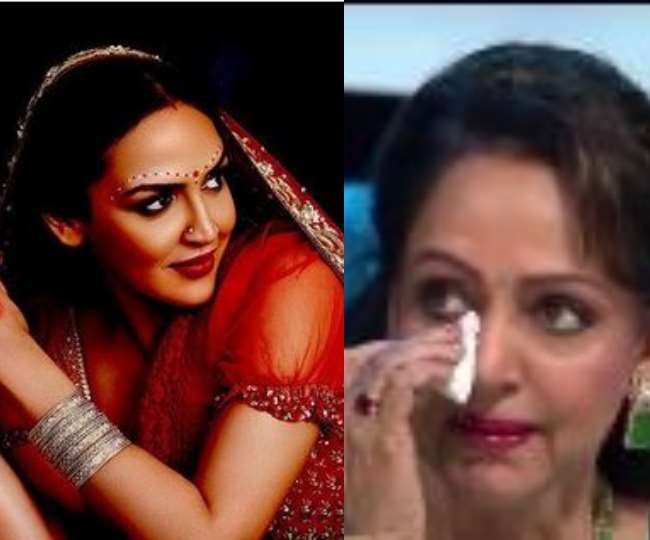 Esha Deol, daughter of Bollywood actor Dharmendra and veteran actress Hema Malini, is a well-known name in the film industry. Isha acted in many Bollywood films. Today Esha may be away from films but she is very active on social media. Recently, Esha surprised her mother Hema Malini when she arrived as a guest on the stage of TV's famous singing reality show 'Indian Idol'. Seeing Esha's surprise, not only Hema but everyone was left with teary eyes.

Hema Malini arrived on the stage of 'Indian Idol' as a guest last week. During this time all the contestants performed on the hit songs of her films. At the same time, Hema also gave a small performance.

Meanwhile, a video of Hema's daughter Esha Deol was shown. Actually, Esha recorded a very cute video for Hema Malini. Seeing that her mother could not stop her tears. In the recorded video, you can see that Esha says, 'When I was getting married, I had to leave the house. That day and time were very tough for me. It was my farewell and mummy was strong. But when I went, I got a call from Mummy and she was crying loudly. '

In this video, Esha Deol further states that 'I would just like to say today that whatever I am today is just because of you, I respect you, I love you. ”Hema Malini could not stop her tears and started crying after watching this video. After this, Hema says, 'Esha and Ahana are an important part of my life. He is always with me. After marriage, it seems that she brought two sons with me, Bharat and Vaibhav are not my sons-in-law, but my sons. '