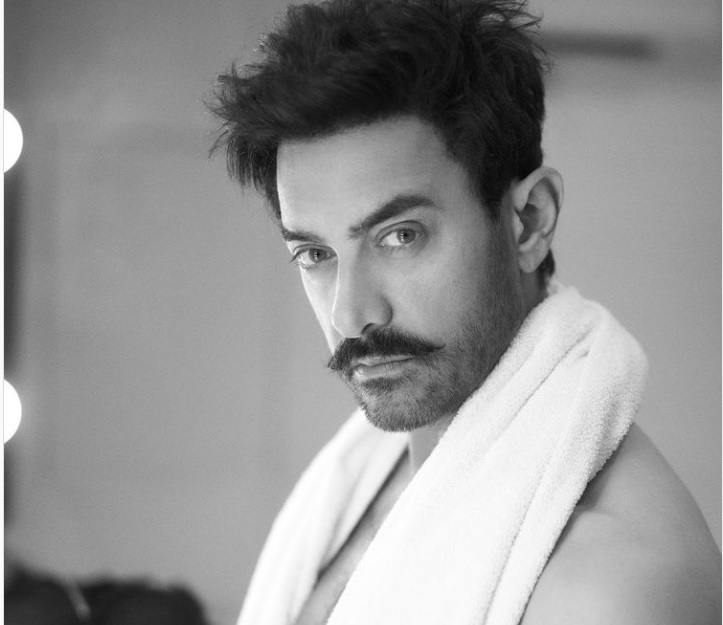 Bollywood superstar Aamir Khan is also known as Mr Perfectionist of the film industry. From His role in films like Lagaan, Three Idiots, Dangal and other films he has built his name due to his perfection of playing the character in the film which directly connected with the audiences. Be it the role, look or the dialogues we just can’t outlook Aamir’s presence.  Recently his team who manages all his social media handles again proved why Aamir is a perfectionist. They posted a picture of Aamir after the shoot in which the actor is effortlessly looking handsome in messy hairs and a towel around his neck. His fans are going crazy over his look and those moustaches.

Sharing the picture of Aamir’s post packup look photographer Avinash Gowariker wrote, “#PostPackUpShot with #AamirKhan...One more cool look with #MrPerfectionist... though he was ok with the hair not being ‘perfect’ !!”


Seems like ageing has even refined Aamir’s looking and the actor is becoming more handsome with each passing day. Let us tell you that the picture was clicked during Aamir’s shoot for a brand before the lockdown was imposed in Maharashtra.

Talking about Aamir's work front he was recently seen in the video song Har Funn Maula from the film Koi Jaane Na. In the song, he grooved with actress Elli AvrRam and fans loved this party theme song.

While Aamir was last seen on the big screen with his last film Thugs of Hindostan (2018) and he is all set to come back with the upcoming film Laal Singh Chaddha. Starring  Aamir Khan, Kareena Kapoor, Vijay Sethupathi the film was scheduled to release in December 2020 but due to Covid-19, the release was rescheduled for December 24, 2021. The film Laal Singh Chaddha is an adaptation of the 1994 Forrest Gump.