Bookings for the new Ola Electric Scooter to start from today at just Rs. 449 in India 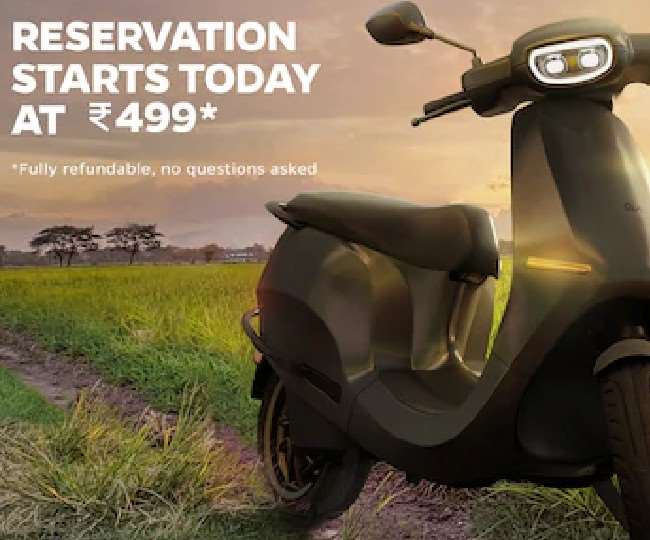 The special Ola Electric Scooter is making a lot of headlines in the market before its launch. Today the company has started the booking for this scooter at an amount of just Rs 499. which is refundable too. Ola Electric has also stated that interested customers can book the Ola scooter online on the company's official website, which will have a provision of priority delivery for the initial customers.

It is also being speculated that it will have features like full-LED lighting, fast charging capabilities, a front disc brake, etc. More details about the scooter are still awaited and are expected to be revealed in the next few days.

While as per the reports, the Ola Electric Scooter can be launched by the end of this month, at a price range of Rs 1 lakh to 1.2 lakh (ex-showroom).

It must be noted that in the recent past, Ola CEO Bhavish Aggarwal discussed the feature list of Ola's upcoming electric scooter. The group CEO of the company recently announced on Twitter that the scooter will feature the largest boot space, app-based keyless access, and the widest range in the segment.