Assam CM Himanta Biswa Sarma: His journey to become popular BJP candidate in Assam, know all about him 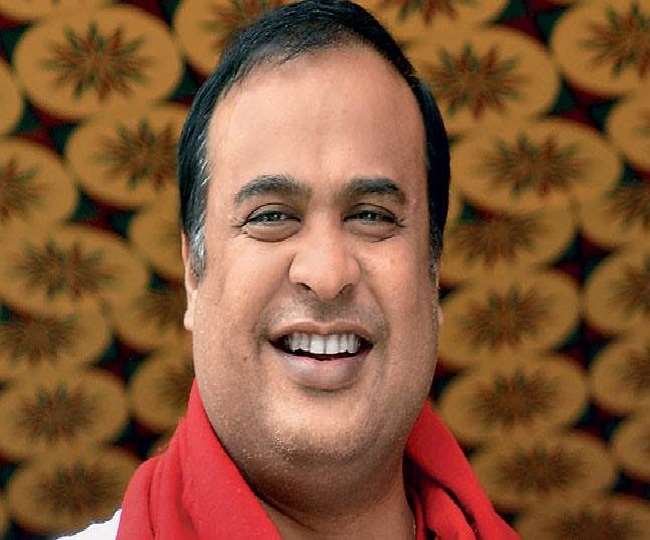 While the Assam Elections for 2021 were recently held from March 27, 2021, The results are awaited on May 2021. However the exit poll for the assembly elections was out on April 29, and predictions were in favour of the current ruling party BJP. As per the speculations, BJP might win back and form its party in Assam. But there are a lot of talks about who will be the CM candidate from the party.

Currently, Sarbananda Sonowal is the Chief Minister of Assam and candidate of BJP from the Majuli constituency, the talks of Himanata being the perfect CM candidate is also going on due to his popularity among the state.

In the last Assembly elections of the State of Assam, Himanta won the seat from his constituency and was sworn in as Cabinet Minister on May 24, 2016. He was appointed as the convener of the North-East Democratic Alliance (NEDA) by BJP leadership. As per the National General Secretary of BJP Ram Madhav, Himanta work objective as a convener was to focus on the 360-degree development of the North East and to coordinate with other states and Central government.

Born in February 1969, Himanta hails from the Gandhi Basti, Ulubari, Guwahati, Assam. He is the son of Kailash Nath Sarma and Mrinalini Devi. In 1985, Sarma did his schooling at Kamrup Academy School, Guwahati and later completed his graduation and post-graduation in political science from Cotton College, Guwahati in the year 1990 and 1992 respectively.

From the year 1991 to 1992 Sarma held the seat of the general secretary (GS) of Cotton college Student's Union.

Himaanta Biswa Sarma also pursued LLB from Government Law College, Guwahati and later got his degree in PhD from Gauhati University. From 1996 to 2001 he practised law at Gauhati High Court and on June 7, 2001, married Riniki Bhuyan and had two children a son and a daughter.

In the year 2001, Dr. Himanta Biswa Sarma got elected for the first time to the Assam Legislative Assembly from Jalukbari by defeating  Asom Gana Parishad leader Bhrigu Kumar Phukan. In the year 2006, he was again re-elected and secured the seat of Jalukbari constituency. He again got his third term with consecutive wins in 2011, and Himanta won the seat by a margin of 78,000 votes.

Dr. Himanta worked for the state in various sectors and held crucial portfolios for both state and cabinet including  Minister of State for Agriculture, Planning & Development, Finance, Health, Education, and Assam Accord Implementation from 2002 to 2014.

In 2006, he became the Cabinet Minister for Health and later in the year 2011, he was also assigned one for responsibility and was entrusted with the charge of education. During his tenure of Cabinet Minister three Medical colleges in Jorhat, Barpeta and Tezpur were built up and he also started the work for five more medical colleges in Diphu, Nagaon, Dhubri, North Lakhimpur and Kokrajhar. In addition, After the abolition of interviews by Himanta, the appointment of more than 50,000 teachers was done for the first time through TET.

Himanta’s work in the achievements of the Health and Education departments of Assam were even singularly pointed out in various annual reports by the Government of India.

Dr. Himanta Sarma won his seat from Jalukbari three times and served three terms as an MLA in Assam through the ticket of the Indian National Congress. However, due to the political differences with the former CM Tarun Gogoi, he resigned from all his portfolios on July 24, 2014. On September 15, 2015, he resigned from the party as well after serving as an MLA of the Jalukbari constituency

On August 23, 2015, Dr. Himanta joined Bharatiya Janata Party at the residence of Amit Shah (Current Home Minister) at New Delhi. He was also appointed as the party's Convener of the Election Management Committee for the upcoming Assembly Elections in the state of Assam.

Later he won the Assembly election and was seated as the Cabinet Minister under the first BJP led Government in the North East India.

Sarma again got his fourth consecutive win in May 2016, and he continued his term as a Cabinet Minister from the Jalukbari constituency. He was entrusted with the portfolios of  portfolios like Finance, Health & Family Welfare, Education, Planning & Development, Tourism, Pension & Public Grievances on May 24, 2016, and he was sworn in as Cabinet Minister on 24 May