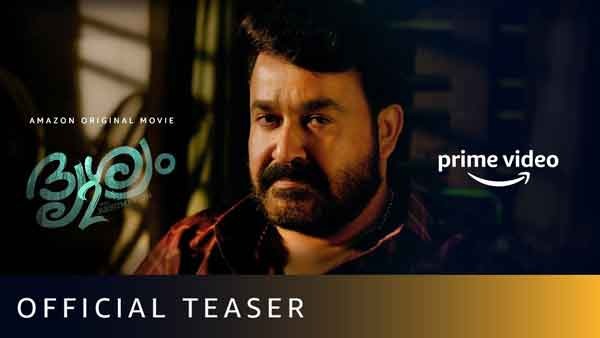 The most awaited sequel of Malayalam film Drishyam 2 has finally released on the OTT platform Amazon Prime Video. Mohanlal starrer this mystery thriller will continue the storyline of the first film ‘Drishyam’ with more suspense and revelations. Directed by Jeethu Joseph, 2013 film Drishyam was a superhit and the storyline with the acting glued the audience with the suspense of the film. Film’s lead Georgekutty (Mohanlal) is back with his family with all the chilling thriller and drama.

Praising the intriguing storyline and acting, fans are going gaga over the film. Everyone is missing the theatre release of the masterpiece and watching the film on big screens. Expressing their emotions on social media, many fans have taken to Twitter to tweet about their views on the film and disappointment on no theatre release.

Fans are also comparing the film with its old franchise and are having a lot of expectations since the first one was a box office hit and was loved so much that its Hindi remake was made starring Ajay Devgan.

However, actor Mohanlal has asked his fans not to compare the film with Drishyam of 2013. "Drishyam 2 is an intelligent suspense-thriller. Yes, the first film was one too. But all I can say now is that the sequel will be an edge-of-the-seat crime-thriller with more twists and turns. I would request the audience not to compare it with the first film. This one is best enjoyed as an independent film." Mohanlal shared this during an interview. He also talked about the film and said, “It is very difficult to understand Georgekutty. He is a very interesting character in the sense that, if you commit a crime and manage to protect yourself from getting caught, you would have that kind of intelligence.”

Here is what all the fans want to say -

A perfect sequel that can be given to a movie like #Drishyam. #JeethuJoseph Again proved that he is the master of thrillers. First half started with slow pace same as in the first part. Then the interval came with a bang💥💥 pic.twitter.com/ZFiJZR4pig

A perfect sequel that can be given to a movie like #Drishyam. #JeethuJoseph Again proved that he is the master of thrillers. First half started with slow pace same as in the first part. Then the interval came with a bang💥💥 pic.twitter.com/ZFiJZR4pig

Unlike the original #Drishyam2 grabs you right from the start and doesn't let go. Full marks to #JeethuJoseph and @Mohanlal for waiting 7 years to make a near-perfect sequel to #Drishyam. My review: https://t.co/fdoWI0usAz

#Drishyam2 It's just soo hard to make a sequel to a masterpiece like #Drishyam, and is equally hard to satisfy the audience, but Jeethu nailed it brilliantly! #Mohanlal again with his subtle acting pulled off a brilliant character with such ease! Missed the theatre experience! pic.twitter.com/1eWLjff0w5

#TutejaTalks #Drishyam2 - Core story is the major strength. Follows the ethos of #Drishyam & that’s what makes it all the more exciting. Last 20 mins are so intelligent that you bow to the entire team for making such striking piece of cinema that deserves a repeat viewing ***1/2 pic.twitter.com/ES2TuDhiEi

The #Drishyam series has Georgekutty not being able to meet people's eyes or looking around uneasily. The best such instance is the scene with the Pathrose character. The full impact of "not meeting eyes" is felt only at the end.

Ente ponnu #Antony chetta, this one would have easily made a 100cr+ Worldwide!!!