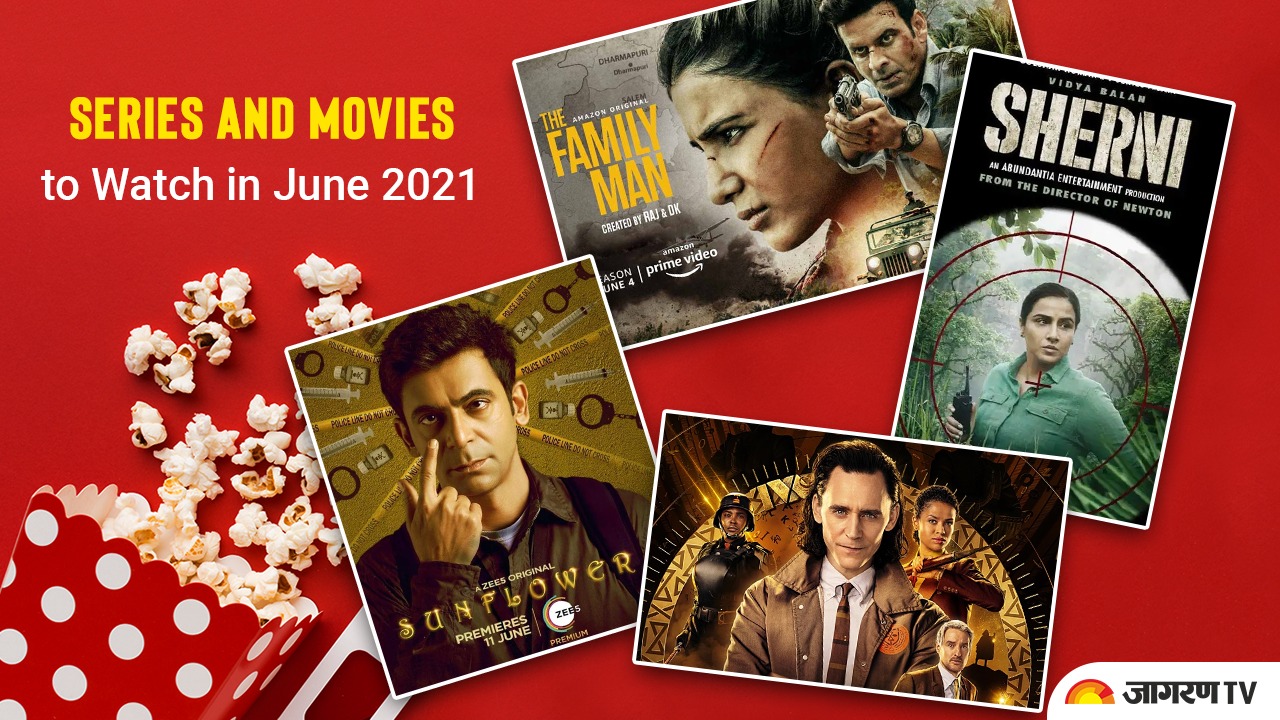 New Movies and Web Series in June 2021: Had there not been the current situation of the coronavirus pandemic, everyone would have been enjoying their summer vacation in June. Even the Film industry releases major films during the holiday season in view of school holidays.

However, due to the lockdown people are staying at home, Schools and theatres are closed and no one can go for trips and vacations. But there is no dearth of entertainment on OTT platforms. New series and Movies are continuously released on digital platforms for your entertainment and fighting boredom.

The month of June is very important in terms of release. Many much-awaited movies and web series will be streaming for the audience this month. These include Season 2 of The Family Man, Vidya Balan's film Sherni and Sunil Grover's second web series Sunflower. Apart from these, much more is coming in June.

Sweet Tooth will be released on Netflix on June 4. It is an American drama fantasy series, based on a comic book of the same name. The series is developed by Jim Mickle.

Releasing on June 11, the story of Skater Girl is inspired by the real story of Ulrike Reinhard who established a skateboarding park in the Madhya Pradesh village of Janwar. She helped in empowering girls like Asha Gond who is Los Angeles-based writer-director Manjari Makijany.

Relasing on June 18, Jagame Thandhiram is Dhanush’s upcoming action film in which he is playing the role of a Madurai-based gangster.

From a satire to a psychological thriller, ‘Ray’ is four short stories from celebrated auteur and writer Satyajit Ray that are adapted for the screen. Manoj Bajpayee, Ali Fazal, Kay Kay Menon, Raghubir Yadav, and Harsh Varrdhan Kapoor  will be the part of the 4 stories.

So Not Worth It: Season 1

ALVINNN!!! And the Chipmunks: Season 2

Black Holes | The Edge of All We Know

CoComelon: A Sunny Day for Play

Professor Marston and the Wonder Women

The Real Housewives of Atlanta: Season 3–4

Super Monsters: Once Upon a Rhyme

The Girl and the Gun

Breaking Boundaries: The Science of Our Planet

Human: The World Within: Season 1

Kitty Love: An Homage to Cats

Down to Earth with Zac Efron: Season 1

A Man For The Week End

The House of Flowers: The Movie

Murder by the Coast

Echo in the Canyon

Sophie: A Murder in West Cork

List of new Releases on Amazon Prime Video in June 2021

The Family Man 2 is releasing on Amazon Prime on June 4. The audience was eagerly waiting for the Manoj Bajpayee and Sharib Hashmi starrer web series. This time Samantha Akkineni's character Raazi which is the main negative character has been introduced in the story.

The ‘ Dome’ Dom chronicles the journey of Pedro series will be released on Amazon Prime on June 4. It is a Brazilian series based on a father and son. A father who battled drugs all his life, but could not stop his son from falling prey to it. The series is being released in Hindi, English, Tamil and Telugu in addition to Portuguese.

Vidya Balan's film Sherni will be released on Amazon Prime on June 11. The film Sherni is directed by Amit Masurkar and stars Vidya with Sharad Saxena, Mukul Chadha, Vijay Raj, Ila Arun, Brijendra Kala and Neeraj Kabi playing the lead characters. Actress Vidya Balan will be playing the role of a forest officer in the film. The shooting of the lioness is based on an existential conflict between humans and animals. It has been shot in the jungles of Madhya Pradesh.

List of new Releases on Disney+ Hotstar in June 2021

Marvel's series Loki is coming to Disney Plus Hotstar Premium on June 9. Thor's brother is called the God of Mischief. This is a weekly series, whose new episodes will be streamed on the platform every Wednesday.

Raya and the Last Dragon

Disney Animation's first original movie in five years, Raya and the Last Dragon is inspired by the cultures of Southeast Asia. The story follows Raya (voiced by Kelly Marie Tran, from Star Wars: The Last Jedi)and her quest to find the last dragon (Awkwafina, from Ocean's Eight).

List of new Releases on MX Player in June 2021

Young romantic drama series Indori Ishq is coming to MX Player on 10th June. The series stars Ritvik Sahore and Vedika Bhandari in lead roles. This is the story of a film romance between the two main characters.

List of new Releases on Sony Liv in June 2021