Salman Khan Reveals 'Radhe' release date might get postponed to next Eid if the Lockdown continues. 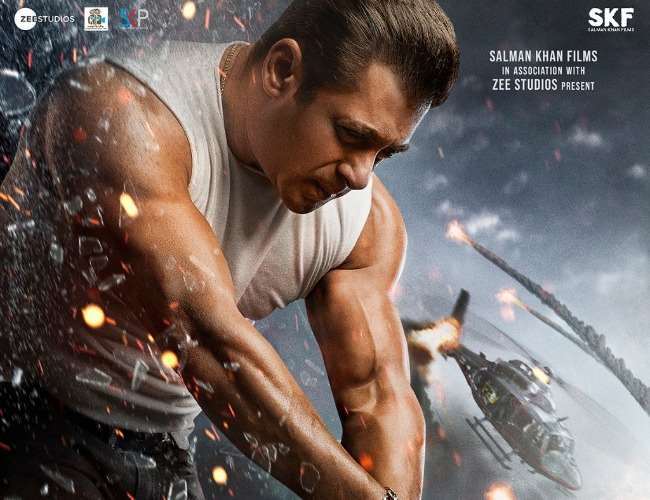 Bollywood superstar Salman Khan's most awaited film Radhe: Your Most Wanted Bhai is scheduled to release in theatres on Eid, May 13. However several film releases are postponed due to the increasing cases of coronavirus and lockdown in different states. In such a situation many people are speculating whether the upcoming film ‘Radhe’ will be released on its scheduled date or might get postponed. Clearing the doubts Salman Khan himself has commented on this and cleared that if the lockdown continues then the film will be postponed till next Eid.

Salman Khan’s Radhe- Your Most Wanted Bhai to get Postponed

In an event on Wednesday in Mumbai, Salman Khan talked about the current pandemic situation and said, “ We are trying our best to release Radhe on Eid, but if the lockdown continues, we will have to postpone Radhe till next Eid. Although if people use caution, wear the mask, keep physical distance and follow the government rules and guidelines then I think it will end soon and if this happens, Radhe will come to theatres on this Eid.

Salman further said that “if the citizens do not listen and the cases of Covid continue, then it will be a problem not only for the theatre owners but also for the daily wage workers. This is going to be as bad as before.” Salman Khan said this at the cover launch of Kabir Bedi's book ‘The Stories I Must Tell - The Emotional Life of an Actor’.

The film Radhe- Your Most Wanted Bhai directed by Prabhudeva, was scheduled to come out on Eid last year, but the film could not be completed due to the coronavirus pandemic. Salman had announced the release of the film on Eid earlier this year. Disha Patni, Jackie Shroff and Randeep Hooda will also be seen in important roles in Radhe.

Film Postponed due to Coronavirus

Due to the lockdown in Maharashtra, the release of Akshay Kumar's film Sooryavanshi has been postponed, which was to hit theatres on April 30. Earlier, The film ‘Chehre’ of Amitabh Bachchan and Emraan Hashmi was also postponed, which was to be released on 9 April. Saif Ali Khan-Rani Mukherjee's film Bunty and Babli 2, coming on 23 April, have also been postponed in the wake of rising cases of coronavirus.