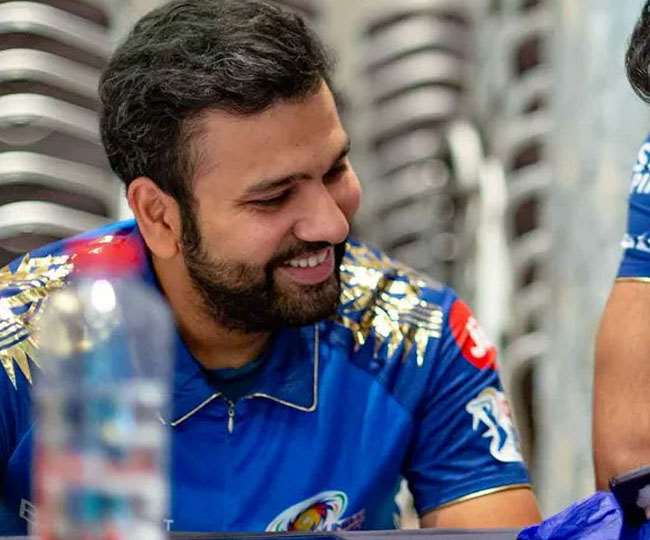 Rohit Sharma Profile: Rohit Sharma, who recently won the Rajiv Gandhi Khel Ratna award is all set to start the IPL 2020 season as the captain of Mumbai Indians. They are officially kicking the IPL season off with the 1 st match on 19 th September against CSK.

Rohit Sharma serves as the vice captain of India limited-overs vice-captain, and is the first batsmen ever to score five centuries in an ODI World cup in the year 2019. Rohit Sharma was born on 30 th Apr 1987, in Nagpur, Maharashtra and his rohit sharma’s parents names are Gurunath Sharma Purnima Sharma. His father worked as a caretaker of a transport firm storehouse. Rohit Sharma’s childhood was spent in Borivali where he was raised by his grandparents and uncles. He also has a younger brother who is named Vishal Sharma.

Rohit Sharma made his List A debut in March 2005 in Deodhar Trophy  at  Gwalior , where he was playing for West Zone. Then he has also played India A, Ranji Trophy, and of course the international cricket.

1. List A debut in March 2005 in Deodhar Trophy at Gwalior playing for West Zone

4. Test Match, In November 2013, Rohit Sharma made his Test debut at  Eden Gardens  in Kolkata against  the

1. Rohit Sharma idolizes Virender Sehwag and is also a huge fan of Manchester United. He can speak in 4 languages (English, Hindi, Marathi, Telugu). Rohit Sharma’s wife is Ritika Sajdeh and they got married on 13 th December 2015. It's a little known fact that cricketer Yuvraj Singh introduced Rohit Sharma to his wife. Now they have a daughter named Samaira who was born in 2018.

Rohit Sharma is all set to take on CSK team as the 1 st IPL 2020 match that has been delayed due to Coronavirus. Here is Rohit Sharma IPL stats as of Sep 2020 and have made him one of the IPL richest players with salary upwards of 100cr in IPL 13th season.

2. Rohit Sharma then in the year 2011 joined the Mumbai Indians team and has been with them

6. Rohit Sharma batting average in IPL is around 31.60

7. He became the captain for Mumbai Indian’s team in 2013 season and led them MI team to their maiden IPL Title victory.