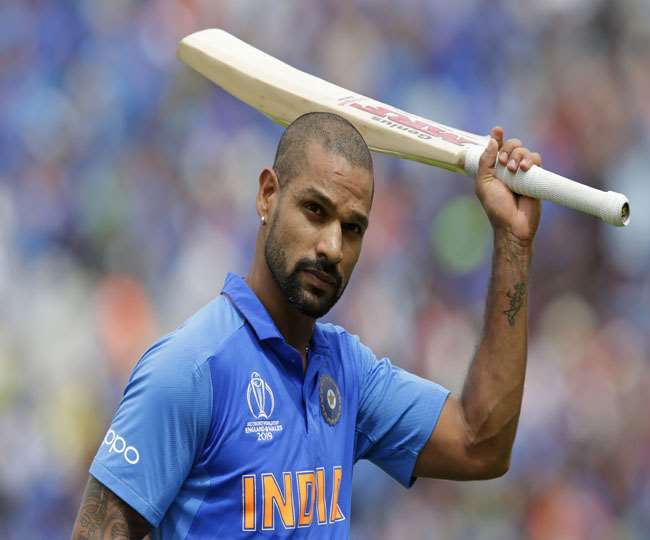 Shikhar Dhawan Profile: Shikhar Dhawan is a left-handed opening batsman is all set to play the IPL 2020 as a team member for Delhi Capital under the captain ship of Shreyas Iyer and coach Ricky Ponting. Delhi Capitals 1 st IPL 2020 match is on 20 th Sep, 2020 when they face Punjab's team. Shikhar Dhwana made his IPL debut in 2008 also playing for the delhi team which was back then named Delhi Daredevils.

Shikhar Dhawan was born on 5 th December 1985 in Delhi and his parents' names are Sunaina and Mahendra Pal Dhawan. He has studied from   St. Mark & Senior Secondary Public School  in  Meera bagh , Delhi. His cricket coach is Tarak Sinha, under whom he trained at Sonnet Club. He started out as a wicket-keeper. He ismarried to his long time girl friend Ayesha Mukherjee, whom he married on 30 October 2019. The couple have a son named Zoravar Dhawan and two daughter from earlier marriage of Ayesha Mukherjee. Cricket Harbajan Singh was a mutual friend of the two. Shikhar Dhwana loves tattoos.

3. Dhawan made his Ranji Trophy  debut in 2004 playing for Delhi team, where he scored higher than the leading

players such as Ajay Jadeja and Askash Chopra.

4. Dhawan’s 1 st international cricket debut was in October 2010 when he was picked up for ODI series against

8. Teams he has played for: delhi, Mumbai Indians, Sunrisers Hyderabad