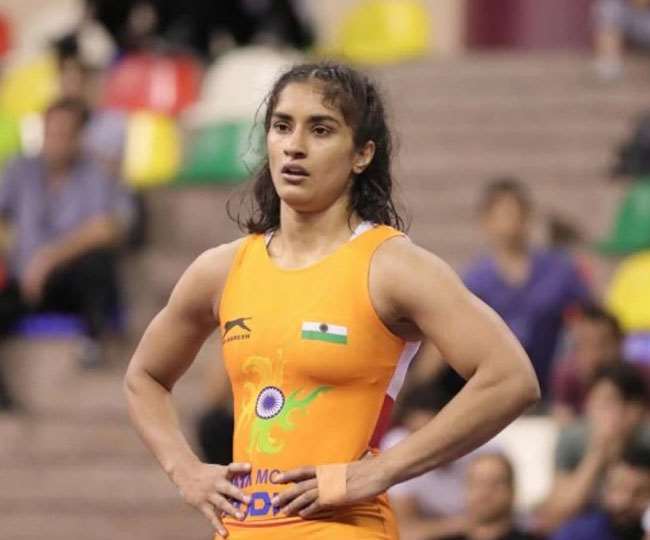 Since India is sending a strong contingent to the Tokyo Olympics 2020 with wrestler Vinesh Phogat being one of the qualifying members. So, let’s know more about our player Vinesh Phogat more in the article below.

Who is Vinesh Phogat?

An Indian wrestler, Vinesh Phogat hails from a successful family of wrestlers with her cousins Geeta Phogat and Babita Phogat being the international wrestlers and Commonwealth Games medalists.

Vinesh Phogat received her coaching from Mahavir Singh Phogat and became the first Indian woman wrestler to win Gold in both the Commonwealth and Asian Games. Along with this, Vinesh also became the First Indian Athlete to be nominated for the Laureus World Sports Awards held on 18th February 2019.

Vinesh is currently at the world's number 1 rank.

Vinesh Phogat is an Indian wrestler with proficiency in Freestyle Wrestling.

Being the daughter of wrestler Mahavir Singh Phogat’s younger brother Rajpal and cousin to wrestlers Geeta Phogat and Babita Kumari, Vinesh got her coaching from Mahavir Singh Phogat. Allowing Vinesh and her cousins Geeta and Babita to pursue competitive wrestling, her father and uncle have to deal with pressure and opposition from society and the oppressive community of their village in Haryana.

Vinesh’s cousin Ritu Phogat is also an international level wrestler and has won a gold medal at 2016 Commonwealth Wrestling.